Premier League champions Manchester City will begin their title defence away to Arsenal on the weekend of August 11-12, the English Premier League announced Thursday as it unveiled the fixtures for the 2018/19 season.

The exact date of the game will be confirmed when television broadcasting schedules are drawn up.

Following the Arsenal game, City do not face another top-six team until they are away to Liverpool — who beat Pep Guardiola’s men in the quarter-finals of the Champions League last season — in October.

In between those two eye-catching fixtures, City will play the newly-promoted trio of Wolverhampton Wanderers, Cardiff City and Fulham, as well as last year’s promoted teams Huddersfield, Newcastle and Brighton.

Manchester United begin their league campaign at home to Leicester City and face a potentially tricky encounter in their third game when Tottenham Hotspur come to Old Trafford.

Jose Mourinho’s side face Brighton and Hove Albion, Burnley, Watford and Wolves in other early-season games.

Liverpool, the losing Champions League finalists, appear to have he toughest start of any of the likely title-contenders.

They begin their Premier League season at home to West Ham before facing Crystal Palace, Brighton and Leicester.

Tottenham have until Friday to decide if they will still be playing home games at Wembley this season.

Spurs made the journey across north London to the national stadium last term while their successor ground to White Hart Lane was being built.

That work has still to be completed, with Premier League chiefs giving Spurs an away start at Newcastle.

Arsenal have a tough start under new Spanish boss Emery, who has the daunting task of succeeding the long-serving Arsene Wenger, with the Gunners away to Chelsea after facing Manchester City

Chelsea begin the league campaign away to Huddersfield and, after their all-London clash against Arsenal, face Newcastle, Bournemouth, Cardiff, West Ham, Liverpool and Southampton.

None of the promoted sides have been given a horror run of games against leading clubs at the start of the season, although they will each face at least one of the big six in their opening four fixtures.

Championship-winners Wolves begin their return to the Premier League at home to Everton before matches away to Leicester and West Ham bookend the visit of  Manchester City to Molineux.

Cardiff start at Bournemouth while Fulham, who secured their place in the top flight via a Wembley play-off final win over Aston Villa start the league season at home to Crystal Palace.

The final round of Premier League fixtures, scheduled for May 12, will see Manchester City away to Brighton, while Manchester United and Liverpool are at home to Cardiff and Wolves respectively. 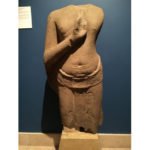 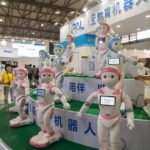