The Department of Children and Youth, has disclosed the results of a survey of online risks faced by Thai children and youths who might be exploited or bullied online or sexually harassed during an online-arranged meeting with others. The survey called for every sector concerned to take prompt action to protect children and youths.

Srida Tantha-athipanit, managing director of the Internet Foundation for the Development of Thailand and a member of a subcommittee for the promotion of child and youth protection, cited the survey conducted online from February to April 2019, among 15,318 respondents aged from six to 18 years nationwide.

The poll found almost all the respondents realize the usefulness of the internet and are aware of its associated risks and dangers. They used the internet via tablets or Smartphones to watch movies and play computer games for six to 10 hours daily.

Almost 4,000 respondents had met online friends at least once and admitted to have been exploited by them one way or another. That referred to being verbally ridiculed, deceived into paying money or losing property, sexually harassed, physically assaulted, being photographed with some clips posted online and harassed for money.

Meantime, some of the respondents were cyber-bullied. Those in the LGBT category were found to comprise most of the victims. Most didn’t tell anyone about such cyber-bullying. Some have suffered mentally, while others haven’t cared much. In addition, some children and youths admitted having bullied others online. Some said it was a kind of revenge after they themselves had been bullied. Besides, many admitted to having had access to pornographic content online, which they had downloaded and shared. The Department of Children and Youth has called on all sectors concerned to take urgent action to better protect children and youths from online perils. 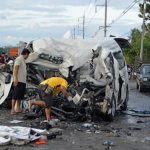 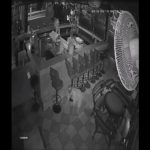 Vague attempt to lure the Chinese back to Phuket