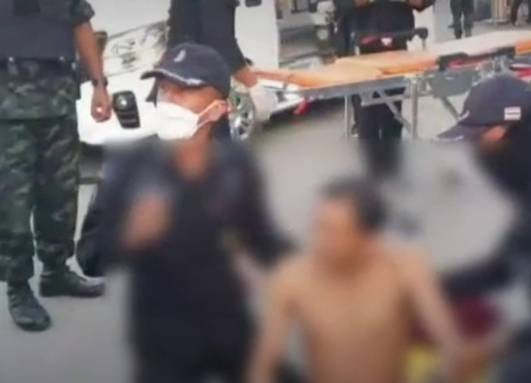 The fourth insurgent, holding out in a house in Chana district of Thailand’s southern province of Songkhla, was captured by security forces on Thursday evening, following a siege which lasted over ten hours and killings of three other insurgents at the house in a clash yesterday.

The fourth suspect sustained a bullet wound to his left leg.

He was taken to the interrogation centre at the Ingkhayutthaborihan military camp in Nong Chik district of Pattani province for questioning.

An M16 assault rifle was found in his possession.

A security officer said that the suspect managed to escape into a nearby mosque during the siege.

He was found after the force had stormed the house and failed to locate him, prompting them to search the nearby masjid.

Earlier, security forces had shot dead three other insurgents during their attempt to escape from their hideout in the Ban Na sub-district of Chana district.

The suspect hid in the house and refused to surrender, despite pleas from religious and community leaders, who were brought to the scene by security forces in an attempt to get him to surrender.

After a lull, which lasted most of the day, gunfire erupted again in the evening. When the gunshots died down, the force moved in.

Security forces seized an M16 rifle, an AK47 assault rifle, a hunting rifle with a telescopic sight and a revolver at the scene.

The Internal Security Operations Command (ISOC) defended the operation as legitimate and normal practice in enforcing the law, because all the four of the suspects were subjects of outstanding arrest warrants.

More than 7,000 people have been killed in the restive Deep South since 2004 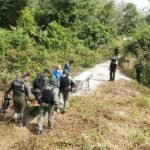