The Tesla and SpaceX mogul appeared on California comedian Joe Rogan’s show,  one of the most popular podcasts in the US, in a two-and-a-half hour interview which covered everything from flamethrowers to the end of the universe.

During the interview, Musk was offered a large joint containing what Rogan said was tobacco mixed with marijuana.

Musk admitted that he wasn’t a ‘regular smoker of weed’ but host Rogan said the combination of tobacco and marijuana was ‘wonderful’.

He also swigged whisky from a tumbler during the interview, in which he was asked about his inventive mind.

Musk responded by saying he thought it was a ‘mutation’ that his brain was constantly filled with so many thoughts and added that he realised he was different from other people at around the age of five or six.

He said: “At first I thought I was insane.”

The tech mogul also discussed his prominent use of social media, saying: “There’s a lot of negativity on Twitter.”

However, he added that he ignores the vast majority of negative comments on the social media site.

He also admitted that it was impossible to scratch tweets that he might regret from the face of history, because anyone can screenshot something and keep or publish it elsewhere as soon as it is posted.

He said: “I’m not sure why anyone thinks deleting a tweet will make it go away.”

The billionaire’s appearance on the web show comes after an eventful few weeks over the summer in which he used Twitter to baselessly call one of the divers deployed in the Thai cave rescue in July a ‘paedophile’ and then stunned the financial world with a flippant effort to turn Tesla private.

On 7 August, Musk tweeted that he had the investor support to buy out stockholder shares, before abruptly scrapping the idea without making a formal proposal to the company’s board.

Tesla and its CEO are now facing lawsuits alleging that they are guilty of market manipulation.

Earlier this year, sources close with the board at Tesla said they were concerned about Musk’s workload and his use of the prescription sleeping drug ambien.

In an interview with the New York Times in April in which he opened up about his issues with exhaustion and mental health, he said: “This past year has been the most difficult and painful year of my career. 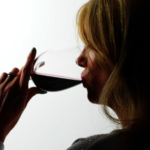