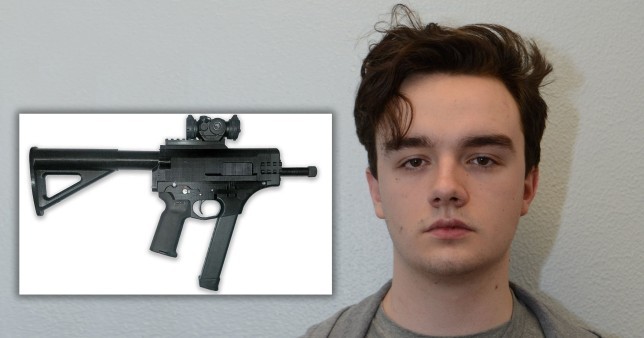 A teenage neo-Nazi who plotted to shoot an Asian friend because he slept with ‘white chicks’ has been locked up for more than 11 years.

Matthew Cronjager, 18, plotted to get hold of a 3D-printed gun or sawn-off shotgun in order to kill his target, who he branded a ‘cockroach’.

He set himself up as the ‘boss’ of a right-wing terror cell and created an online library to share right-wing propaganda and explosives-making manuals.

Cronjager’s plans were scuppered by an undercover police officer who had infiltrated a Telegram group called The British Hand.

Following a trial at the Old Bailey, Cronjager was found guilty of preparing for acts of terrorism and disseminating terrorist publications on Telegram.

He had admitted four charges of possessing terror documents on the first day of his trial.

On Tuesday, the defendant, of Ingatestone in Essex, was sentenced to a total of 11 years and four months in youth detention.

The Recorder of London, Judge Mark Lucraft QC, said Cronjager was a ‘bright and intelligent’ man, which made it ‘all the more troubling’.

He said: ‘In giving evidence in the trial it was obvious that you are a bright and intelligent young man.

‘In a way that makes the content of some of the messages you sent all the more troubling.’

The judge noted character references he had received from Cronjager’s parents and others who had known him for many years.

But he added: ‘Some of the letters state that you pose no threat and where there is no victim.

‘I should simply say that those are matters that are at odds with the evidence in the messaging in this case and with the victim impact statement.’

In a statement, Cronjager’s victim said he felt ‘sad, hurt and betrayed’.

He said: ‘When I first got told the news by the CT police I just brushed it off that Matt must have been joking about.

‘The next day when the police came back to see me and said that there had not been a mistake and Matt had said those things, and to be honest at that moment of realisation it broke my heart.

‘The strange thing was it wasn’t just the fact that Matt was plotting to kill me that hurt initially, it was the fact that we had been having serious conversations about our future, and we had been exchanging Christmas greetings, meanwhile in the background he was planning to make that my last Christmas, that really hurt.’

The victim added that he was left ‘simmering with anger’ towards Cronjager and ‘on the brink of self-harm’.

He argued that the ‘young’ and ‘immature’ defendant could yet be integrated into society.

The court had previously heard how Cronjager wanted a ‘revolution’ based on his fascist beliefs, including hatred of non-white people, Jews, Muslims and those with a different sexual orientation to his.

He had offered to lead the UK division of an extreme right-wing group calling itself Exiled 393, telling members that his time as an army cadet had given him the necessary skills.

In November last year, the teenager suggested setting up a collective PayPal account to buy weapons and other items for the group.

In one message, he wrote: ‘I was thinking more of having it to buy things like big tents or a 3D printer maybe for creating bits of “art”,’ said to be code for guns.

The court was told that he said he wanted to arm the group, but give them a few months before launching an attack to ‘get over the stress of being illegal and being unable to go back from that point’.

In further messages to the undercover officer on December 13, he and Cronjager discussed arranging a drop-off location for 3D printed guns, the court heard, and of the supplier needing more money to pay for materials.

On the same day, he formulated his plot to kill his former friend after he boasted to him of sleeping with three white women.

The defendant told the undercover officer: ‘I’ve found someone I want to execute. I know it’s an overall target and he’s a sand n***** that f***** a white girl.

‘In fact I think three of them. I figure we could just “find” a double barrel shotgun and saw it down for things like this.’

When asked if his former friend had raped the girls, he allegedly replied: ‘Nope, but it’s a violation of nature.

‘We’re not supposed to mix race … it’s not rape by legal definition but it’s kind of like rape if that makes sense. Violation at least.’ 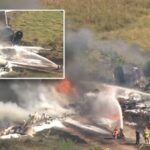 Plane crashes near Houston on way to Boston baseball game 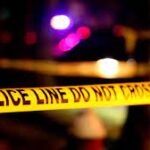