Home » Teacher stapled a note to a first grader’s shirt 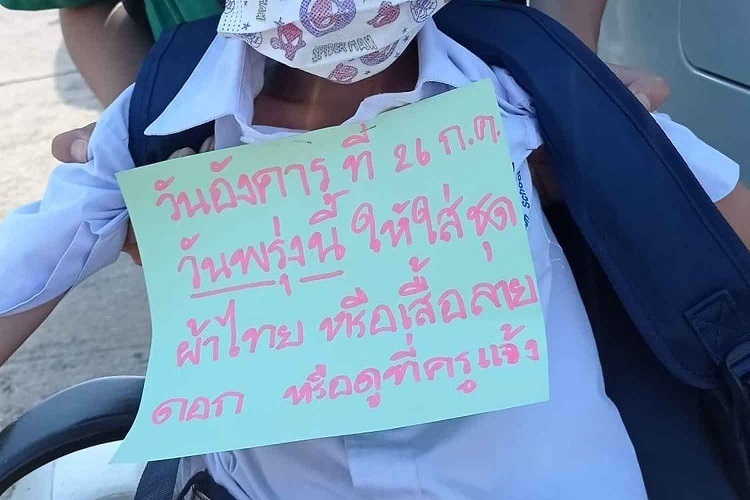 The education minister on Tuesday ordered the transfer of a teacher who stapled a note to a first grader’s shirt at a school in Phetchabun province.

Education Minister Treenuch Thienthong said she wanted the teacher to be transferred from the school temporarily.

“The teacher may not have any ill intentions, but the communication method may upset parents,” Ms Treenuch said.

The minister’s remark was in response to a woman’s Facebook post on Monday, saying a piece of paper was stapled to her child’s collar.

The note was to inform parents to have their child wear a traditional Thai outfit or flower-patterned clothing on Tuesday when pupils at Anuban Phetchabun School would participate in an activity to mark the National Thai Language Day.

According to the mother’s post, her husband noticed the note on the child’s shirt when he picked up the child from school. He was later kicked out of a LINE chat group of their child’s class after he had tried to talk to other parents in the chat group about the incident.

The mother wrote that the teacher could have put a note in her child’s bag instead of using a “humiliating communication method”.

Weeraphol Thika, director of Anuban Phetchabun School, posted an apology via the school’s Facebook page on Tuesday. The teacher has been transferred to another branch of the school, said the post.

The note stapled to a pupil’s shirt reads: “On Tuesday, July 26th, tomorrow, have (the pupil wear) a Thai fabric outfit or a shirt with a flower pattern, or check the teacher’s notice.” (Photo from the mother’s Facebook account) 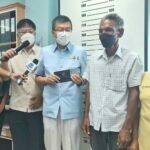 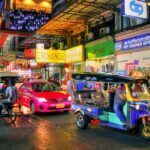