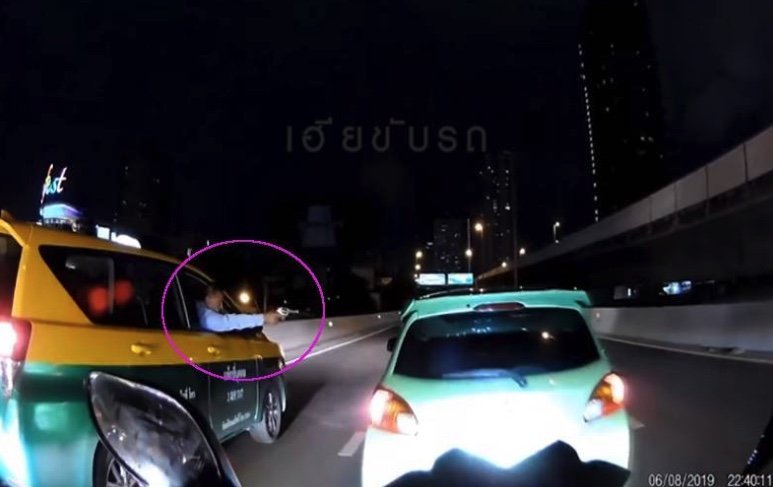 A helmet cam video from a following motorcyclist showed a taxi driver wind down the window and threaten another motorist with a gun.

Daily News said that there had been a road rage incident before this with the two vehicles chasing each other and stopping in the road to face off against each other.

It appears to have happened just after 10 pm on Monday and was posted on the “Hear Khap Rot” site.

The poster suggested that the man had said that he was “in uniform”.

Netizens called for the police and the Department of Land Transport to act as a matter of urgency.

There was much speculation as to the type of gun with some suggesting it was a BB gun or air pistol. – 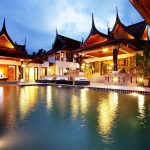 Ultra-Luxurious Villa For Sale at a Bargain Price