The mobile banking service of several banks were found to be making errors on Friday morning.

Customers have asked the central bank to explain what has happened as they could not transfer money via smartphones.

The Bank of Thailand has not yet clarified the problem.

One customer was unable to access the KMA Krungsri online app on Friday morning. It showed a new page and asked for users to enter their username and password but the system did not work when the customer entered them.

She later called the bank’s service centre at 10am and was informed that the system was making errors. It would take about an hour before it had returned to normal, the bank told her.

US journalist told to ‘act like a lady’ by police 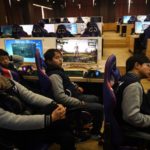 China to limit number of online games over myopia fears