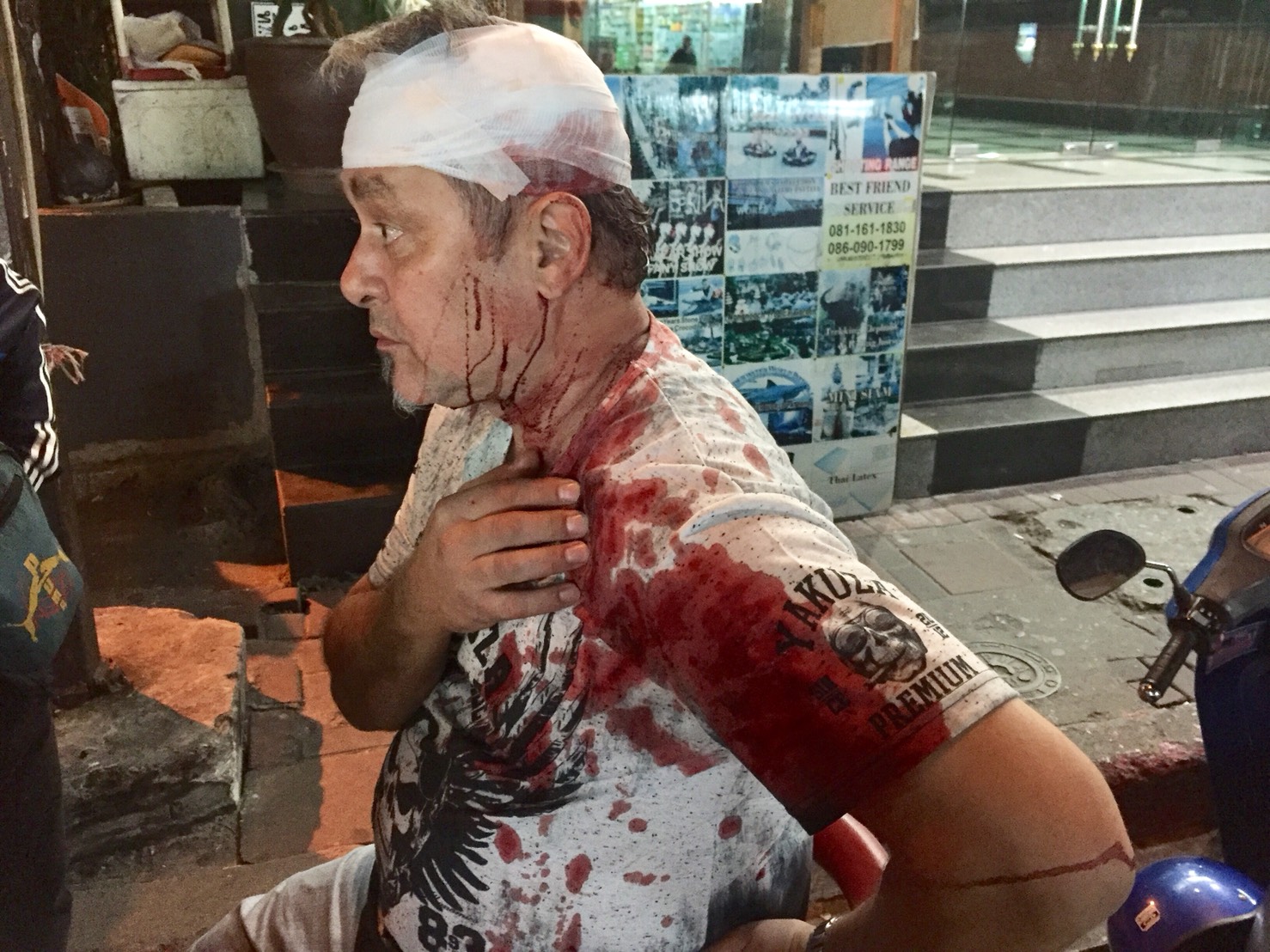 A Swiss man suffers a nasty head injury after being attacked by a Thai teenager with a wooden pole, before making his getaway on his motorbike.

At around 4am on November 26th, Pattaya police were called to Soi 16 on Pattaya Second Road after getting reports of an attack on a male tourist. 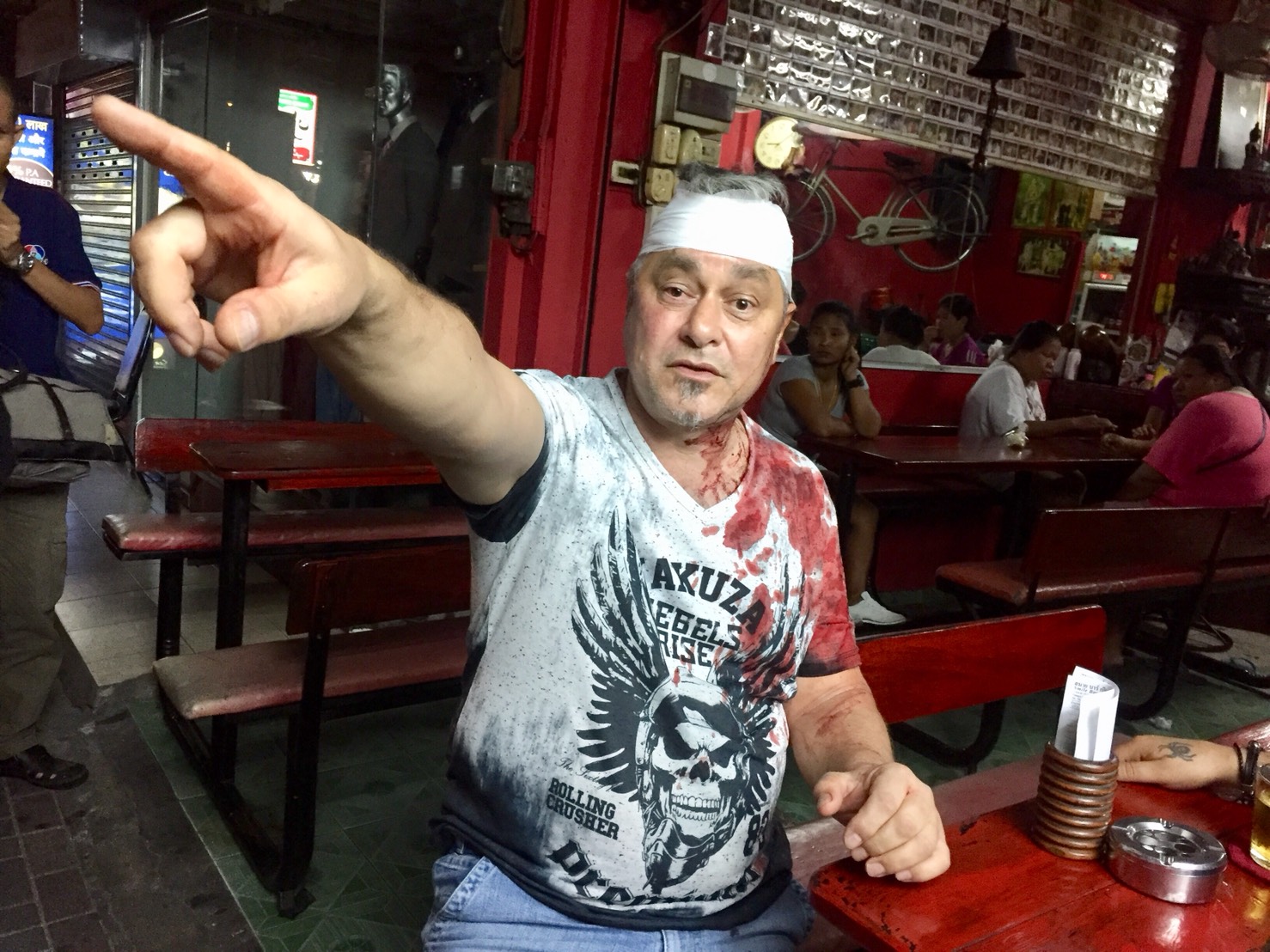 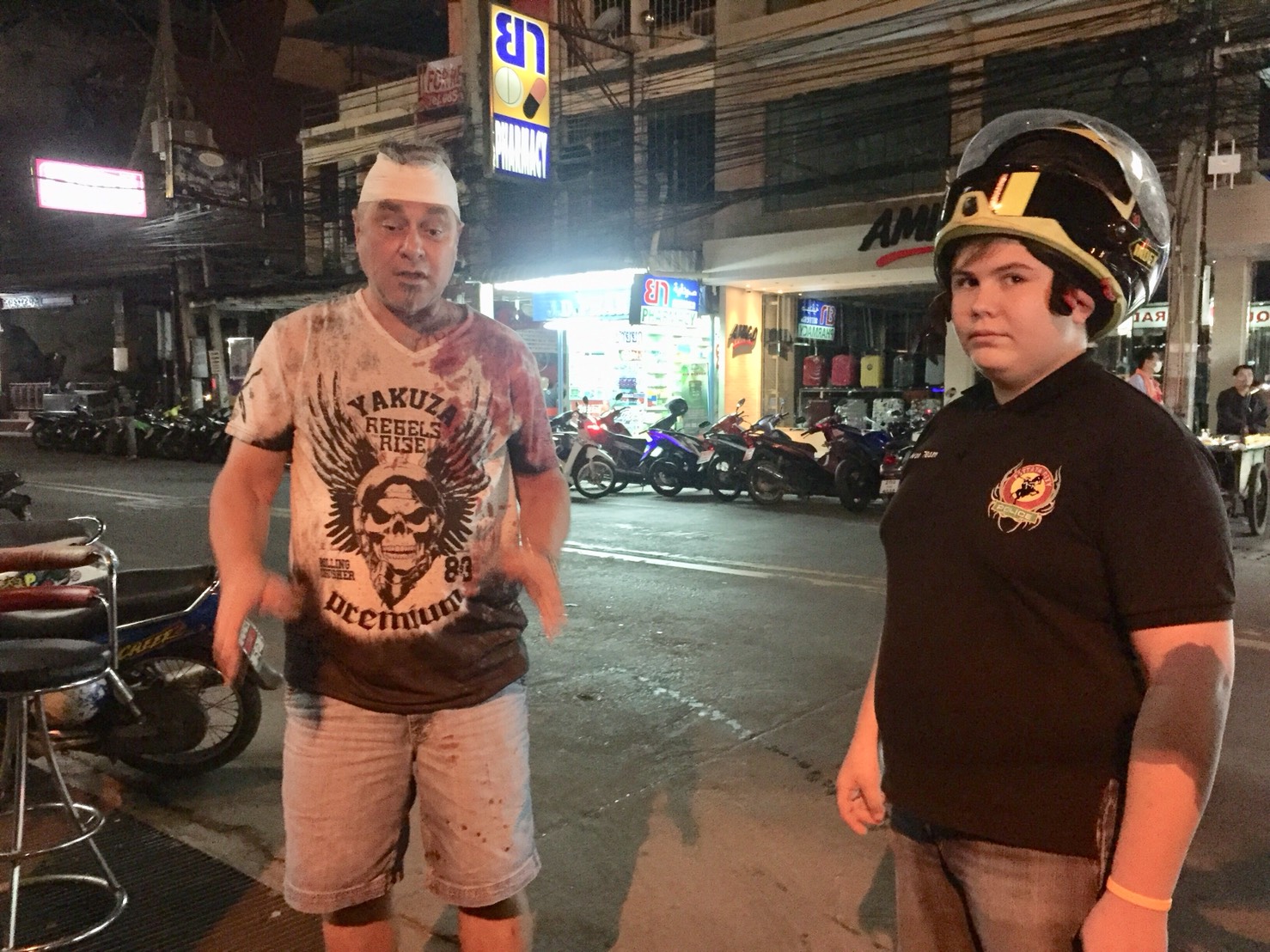 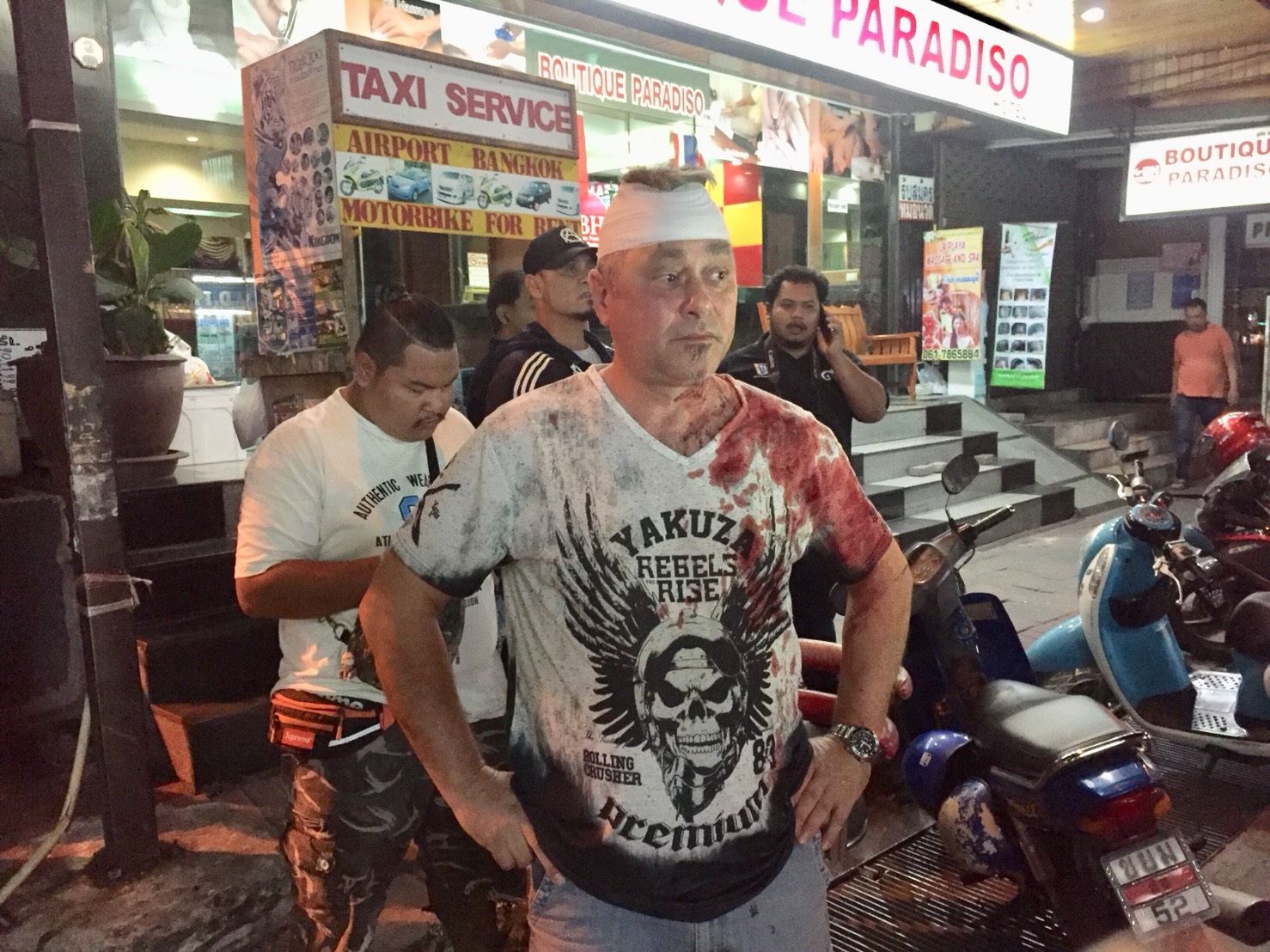 Arriving at the scene they found the 55 year old Swiss victim, Mr Andreas Lechner, who was still bleeding excessively from a head wound.

Paramedics arrived shortly to attend to the victim at the scene before he was taken away to a local hospital for further checkups. His injuries are said to be serious, but not life threatening.

Police took a statement from an eye witness at the scene, who told them that the victim had approached his shop to order a kebab. As he was waiting, a teenager pulled up on a motorbike with an excessively loud exhaust blaring. The victim asked him to switch the bike off as he was simply sat waiting and making a lot of unnecessary noise.

After the teen refused, the victim made his way up to the bike and turned the key to switch off the engine. The teen reacted by throwing a few soft punches, shouting a bit of abuse before driving off.

It was minutes later though, that he reappeared with a piece of wood.

He ran up to the victim and began striking him around the head several times, before making his getaway for the second time and final time.

Police were called immediately by the kebab shop owner.

Police will be hoping to get a statement from the victim in the next few days, whilst also seeking the help of the local CCTV to hopefully catch the culprit and press charges.

Any updates to the investigation will be published as soon as we get it. 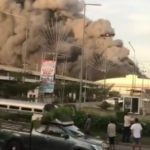 Drinks factory in Pathum Thani is on fire