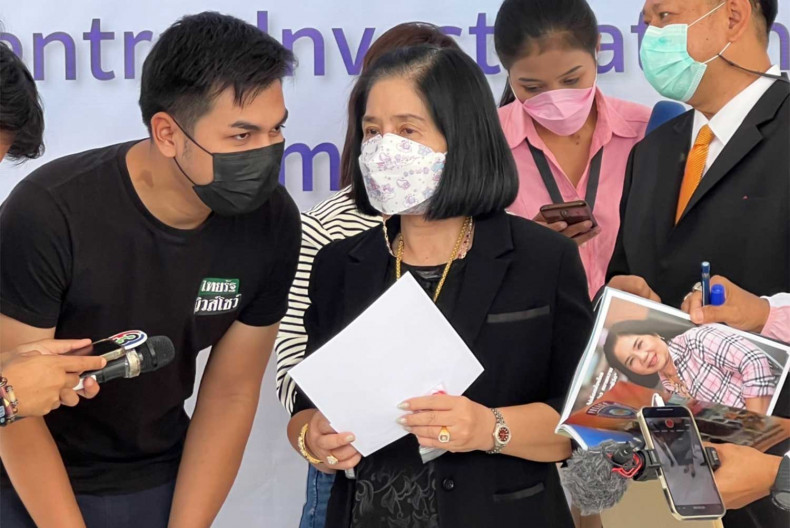 A woman widely known as “Ying Kai” and who has made headlines previously for alleged offences is again in the spotlight – this time accused of swindling her latest husband, a missing 75-year-old, out of 50 million baht.

The 75-year-old businessman’s son is her accuser. She denies any wrongdoing, asserting that her new  husband, Surachai Supabundit, signed his assets over to her out of “love”.

She was there to show her innocence, she said.

Her husband’s son, Supachoke Supabundit, has accused her of swindling money from his father, a  successful real estate businessman and lawyer who seems to have disappeared.

Ms Saranya asked the CSD to help find her husband, so he could reveal the truth about his assets.

On Friday Mr Supachoke, who is also in real estate, filed a complaint with the CSD, asking they investigate a group of people he said had duped his 75-year-old father into transferring 50 million baht of assets to a woman he had met only recently. He pointed an accusing finger at Ying Kai.

The woman’s lawyer, Kiattikhun Tonyang, said his client had evidence to counter the allegations, which he said were untrue.

His client wanted to send a message to Mr Surachai through news outlets, asking him to come forth and speak the truth about the matter. The most important reason to see CSD police was to ask them to help find Mr Surachai, the lawyer said.

If no resolution could be negotiated, his client would seek justice through the courts, Mr Kiattiphum said. He did not explain further.

He said Ms Saranya was stressed and worried by attempts being made to dig up her past. He said everybody could make mistakes, but courts had already given rulings on her previous cases. He did not elaborate.

Ms Saranya, as the legal wife of Mr Surachai, wanted police to help find her husband and tell him to reveal the truth of the matter, the lawyer said.

Ms Saranya refused to speak further about the allegations. She said she wore a black mourning outfit to the CSD because reporters were trying to dig up her past despite the cases against her having been already dismissed.

She insisted that past allegations against her were not true. She had constantly done good deeds but certain people wanted to cause her harm. Once the problem she was facing ended, she would have her head shaved and become a nun for good, the 65-year-old woman said.

Right now, she said, she was in the dark about the whereabouts of her husband.

She said she presented documents to the CSD to show her innocence of the allegations. All documents were written by Mr Surachai, because he had foreseen what may happen in the future, she said.

She stood firm that the assets that Mr Surachai gave to her were an expression of his love.

On Tuesday, Ms Saranya told Thairath News Show on TV Chanel 32 that she had known Mr Surachai since April this year. They met through a land broker. Their relationship developed and the 75-year-old real estate businessman often came to visit her.

On June 2, they had an engagement ceremony at Wat Traimit Wittharamvoraviharn, with 10 guests in attendance. Mr Surachai presented her with a 3 carat diamond ring and a cheque for 100 million baht. He later moved in with her, Ms Saranya said.

On July 27, Mr Surachai had persuaded her to divorce her current husband, a police officer, and marry him, she said.

After completing the divorce, she registered her marriage with Mr Surachai the same day. She insisted Mr Surachai was a willing party to their marriage.

According to some media reports, she was unable to cash the 100 million cheque. She said on a TV Channel 3 talk show on Oct 24 that she told her husband to go the bank and cash the cheque, but he told her to keep it and he would  give her the money after selling some assets.

According to media reports, Ms Saranya knows many influential people, both in uniform and mafia figures. She has changed her name several times in the past. She was once known as Monta Yokrattanakan.

On Oct 19, 2017, the Criminal Court sentenced Ms Monta to three years in jail for human trafficking and ordered her to pay 590,007baht  to a young woman forced to work as her maid.

Monta was accused of coercing three women into working as her maids from 5am to 10pm, without pay, from June 2006 to Oct 2010. She was also accused of threatening to have police take legal action against one woman’s parents if she refused to work for her.

In February 2019, the Appeal Court acquitted her of human trafficking, after find no evidence she forced a girl to work as her maid.

Saranya Uppatasanti, 65, aka Ying Kai, centre, is surrounded by reporters as she and her lawyer arrive at the Central Investigation Bureau complaints centre on Tuesday. (Photo supplied/ Wassayos Ngamkham) 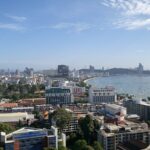 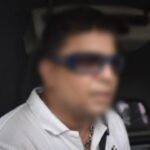