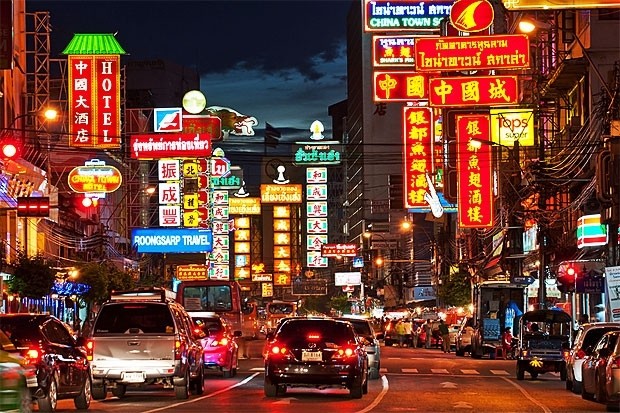 The government on Friday strengthened Covid-19 control measures with a special focus on 18 “highest risk” provinces — but decided against drastic measures like lockdowns and curfews.

All shops, including 24-hour convenience stores, will have to close between 11pm and 4am every day for the next two weeks.

During that time the outcome of the latest measures will be evaluated, with the likelihood of even stronger ones being adopted if the number of Covid-19 cases does not decline.

“My heart aches every time we need to roll out these measures,” said Prime Minister Prayut Chan-o-cha. “I feel a heavy heart and uncomfortable because I know that these measures will affect someone to some extent, particularly low-income earners.”

Gen Prayut addressed the nation on TV after chairing a meeting of the Centre for Covid-19 Situation Administration (CCSA).

“I’m deeply concerned about the impact [of these restrictions] on low-income earners. It is usually considerable,” he added. “With this in mind, we couldn’t really select more decisive action.”

While confirming there would not be any immediate lockdowns or curfews, the CCSA declared 18 provinces including Bangkok, Chiang Mai and Phuket as critical “red zones”, while the other 59 provinces deemed to be in a less serious situation were designated “orange zones”.

Gen Prayut said his government had learned from the past how damaging a blanket lockdown could be for the economy, even though it was crucial for containing the outbreak.

Last year’s lockdown was imposed to stem the rise of Covid-19 transmissions in the early days of the pandemic and the PM said the government’s decisive action had earned the country worldwide recognition.

However, the second wave had erupted in Samut Sakhon, one of the country’s key trading areas, and this current third wave had originated at entertainment venues, showing that a new wave of infections could start anywhere.

Over the past full week, the PM said, he had been directing the national fight to contain the outbreak and attempts to speed up the vaccination rollout.

So far between 500,000 and 600,000 people have had their jabs and he said the government was seeking more supplies to achieve its goal of 60% inoculations and herd immunity.

Explaining why the government hadn’t banned all travel over the Songkran holiday, Gen Prayut said many people wanted to visit their families in the provinces and the government had decided to allow them, albeit with strict Covid-19 control measures.

Preventing travelling would have massively harmed the grassroots economy, he said.

He said the government also cooperates with businesses by shortening their operation hours, instead of imposing lockdowns or curfews. “I don’t want to have to shut any businesses,” he said.

Meanwhile, Supant Mongkolsuthree, chairman of the Federation of Thai Industries (FTI), called on the government to speed up its vaccination programme.

“The government has been slow in supplying the vaccine — that is why the government cannot control the pandemic in the third wave,” he said.

“The FTI is disappointed because the third wave is causing the economy to shrink further and new cases are continuing to increase every day.”

He said the FTI feared the third wave would cause bankruptcies and further layoffs, especially among small and medium enterprises (SMEs).

The Thai Chamber of Commerce University says it fears the third wave will cut consumer spending by 100-150 billion baht per month from April-June, an overall loss of business activity of 300-450 billion baht and equivalent to a reduction in GDP of at least 2%.

It plans to hold an immediate meeting with the chief executives of 40 major companies to help the government speed up its vaccination programme.

The social media giants — Facebook, Line and Google — will also be invited to take part.

Thanavath Phonvichai, president of the University of the Thai Chamber of Commerce welcomes the government’s decision not to impose lockdowns or curfews. “It is a balancing act,” he said.

He urged the government to provide a 250-billion-baht financial package to stimulate economic spending to compensate for the financial loss caused by the third wave of the pandemic.

Sanan Angubolkul, the new chairman of the Thai Chamber of Commerce, said the private sector would help the government roll out its vaccines. 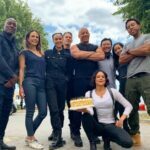 New Fast & Furious 9 Opens In China A Month Before U.S. 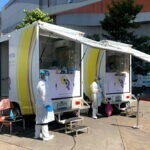