Home » More Spelling Issues – now they get confused by NUA or NUAE! 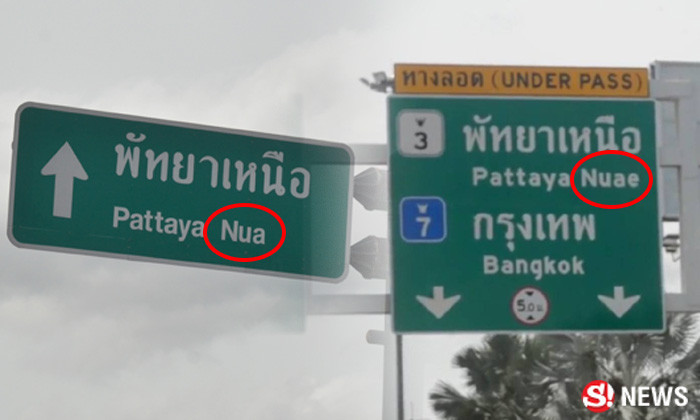 Sanook reported that expats and tourists were contacting Thai media to complain about more spelling issues in Pattaya.

Here they pictured transliteration for the Thai word for ‘north’ as both “NUA” and “NUAE” within the space of a two kilometer stretch.

This, Sanook said, was not good enough for a main road at one of the leading resorts in the world and they demanded that the authorities get their spelling sorted.

Meanwhile Thaivisa contacted a foreign expert in the Thai language for his opinion.

Gerry Carter from the UK was head of the Thai department at Harrow International School in Bangkok for 15 years and introduced a transliteration system for his students before they learnt the Thai script.

He said: “The word for north in Thai is not actually straightforward to transliterate into English.

“I would write it NEUA. The problem is that the vowel used does not have a direct equivalent in English so it is rather arbitrary. Some people put a line through the ‘U’ to indicate it is a sound not found in English.

“But I would say that neither NUA nor NUAE represent the sound well.

“However”, added Gerry, “wouldn’t the problem be solved if they just put NORTH Pattaya on all their signs – presuming that they can spell “north” of course”. 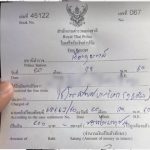