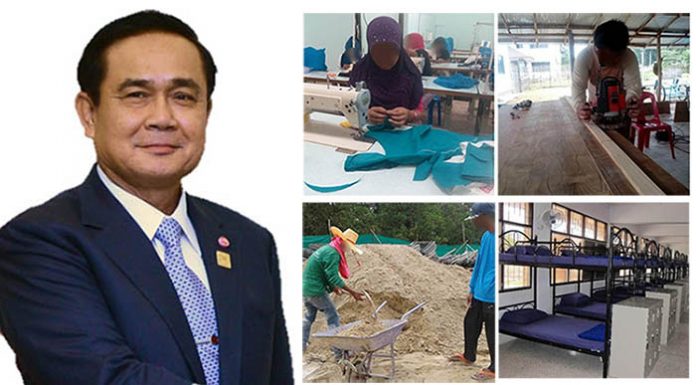 “The government will not give up, but will continue to fight human trafficking. What is more important than others’ views of Thailand is how we protect the dignity of human beings, of Thais and foreigners in Thailand, under the principles of humanity and human rights.”

From the Sufficiency Economy Philosophy to Sustainable Development Goals, June 30, 2017. This was the reaction of Thai Prime Minister Gen. Prayut Chan-O-Cha after the US State Department left Thailand in the Tier 2 Watch List for the second consecutive year in its annual Trafficking in Persons Report (TIP Report) with remaining concerns prompting 11 recommendations specifically required to further address the trafficking issues that remain in Thailand. According to the Prime Minister’s response, the six-month Action Plan to be created to lay down road map for concern government agencies to tackle trafficking in human beings by adopting suggestions from the TIP Report and was approved by the Anti-Trafficking in Persons Committee, chaired by Gen. Prawit Wongsuwan, the Deputy Prime Minister, which requires all concerned agencies to yield concrete results by December 2017. Khaosod

CCTV to the rescue of “red-faced” Chinese tour guide