After confessing to the murder of his girlfriend Pischa “Lek” Nampadung, German expat Nico Papke revealed more details on what happened on that fateful day, and the days that followed, say police.

Papke, a fitness instructor living in Rawai, Phuket, confessed to her murder on July 18.

The confession came at Chalong Police Station, after the German expat had been escorted under armed guard from Vachira Phuket Hospital, where he had been recovering after he tired to slash his own throat as police moved in to arrest him on July 9, after his girlfriend’s body was found wrapped in blankets and dumped in the Phuket jungle the same day. During questioning on Tuesday, Papke revealed that, on July 2, he had a serious argument with Pischa because he found messages and photos on her phone that led him to believe she was having a relationship with another man, according to Lt. Chanat Hongsittichaikul, of the Chalong Police.

The argument took place at Pischa’s rented room in Chalong, after they arrived home from a holiday in Phang Nga.

Apparently, Pischa denied the relationship and this made Papke angry. Later, however, she allegedly revealed that she was in love with someone else. Papke then climbed on top of her and strangled her until she was not moving.

Papke admitted to police that he was angry and confused and that he then went out to buy cigarettes and returned an hour later.

He claimed to be surprised that Pischa had not moved and said he tried to wake her but her body was cold and he realized she was dead.

Lt. Chanat went on to say that Papke claims he moved Pischa’s body and covered her with a sheet to make it look like she was asleep, and when her friends came by, he told them she had taken sleeping medication and was ill.

The accused killer stayed in the room with his girlfriend’s body for two nights until she began to decompose and fluid began leaking from her her mouth onto the bed. On July 3, when it got dark, Papke said he placed Pischa’s body in the trunk of a rented Toyota Vios. Then, at 10am on July 4, he drove to the jungle where he dumped the body, and this is where is was discovered.

When asked about the previously reported wound on Pischa’s trunk, believed to be a stab wound to the stomach and originally thought to be the cause of death, Lt. Chanat said, “That wound might simply be rotting flesh, or it could be a stab wound. It is hard to tell because her body is so decomposed.

This is another reason we sent the body to the forensic laboratory at Surat Thani Hospital. We really need this forensic report so that we can know the exact truth in this case.”

Asked if he knew why Papke dumped the body where he did,Lt. Chanat said, “Papke told us that he used to pass that way often and that knew that not many people drive or are around that area.” 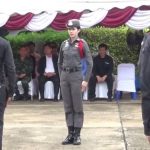 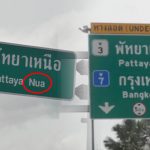