Stepfather Arrested : A couple were arrested late on Monday night after they allegedly dumped the body of their suffocated six-month-old baby boy on a Bangkok soi in front of the home of the wife’s mother, police said.

The husband, Witthawat Jitthanopajai, 21, also faced murder charges for allegedly suffocating the son by a previous marriage of his wife, Kanchana Thetsawang, 22.

The baby’s body was found in a basket left in front of the house of Kanchana’s mother on Soi Pracha Uthit 19 in Huay Kwang district at 10am on Sunday.

After learning the baby was Kanchana’s son, the police tracked down and arrested the couple at 10pm on Monday at their rented room at an apartment building in Pathum Thani’s Thanyaburi district.

Kanchana told police her son was born during a previous marriage, but she had remarried after her first husband died about six months ago.

Kanchana said she had left the baby with Witthawat, an Army private, when she left home to work and came back to find that her son had died.

Witthawat told police that when the baby cried, he had wrapped him in a blanket, put him under a pillow and laid down on top of the baby. He said he fell asleep and woke up to find the baby had died.

The couple said they did not know what to do, and so took a taxi to leave the baby in front of the house of Kanachana’s mother. 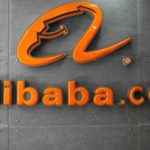 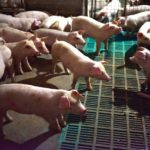