Fair skin is exalted in Asia, hence the existence of an entire industry dedicated to the selling of products and services to lighten brown skin.

An estimated US$18 billion is spent per year to appear pale.

At Filipino Youtube star’s Raf Juane’s channel, the most popular videos are of his experiences using skin-whitening creams and intravenous injections to lighten his skin. Such videos get close to a quarter-million views on YouTube.

It’s a phenomenon that Wilmington University’s Roger Lee Mendoza traces back to “a mainly to post-colonial, internalised racism”.

Fairer skin holds a higher status, as darker tones are associated with labourers and farmers, the lower-classes.

But the Philippines is hardly the only Southeast Asian country with this problem.

While it is up to a publication to highlight Sri Rahayu and Ezra Liam Honan’s marriage, the problem lies in how the articles have been angled.

Their marriage had first gone viral on social media before local news outlets picked it up. Comments from netizens took the usual condescending slant towards the 21-year-old Sri, ie. how a babysitter who looks like her can marry the 20-year-old Honan, portrayed as a handsome retail manager working in Australia.

And when news outlets carried the story, the tone and angle were similarly patronising towards Sri, painting her as ugly or lucky to be marrying her husband, a “handsome foreigner”.

Malaysia appears to suffer from a similar fixation on locals marrying white men or women.

“You all rasa kan, berapa hantaran nak meminang @DrAmalinaBakri ni ye? Takpelah, bf dia mat salleh, kaya pulak tu, tapi I nak tahu jugak la, berapa eh hantaran dia?” (What do you guys think is Amalina Bakri’s marriage dowry? After all, her husband is white and rich as well. I want to know how much the dowry is)

To which, she replied: “I don’t think ‘how much’ duit hantaran matters, what matters is the long lasting relationship and marriage, a woman is not an object and £££££££ duit hantaran does not mean you are valued higher compared to other women.” 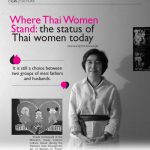 Thai husbands and boyfriends responsible for violence against women and children 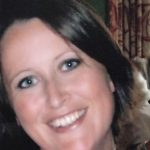