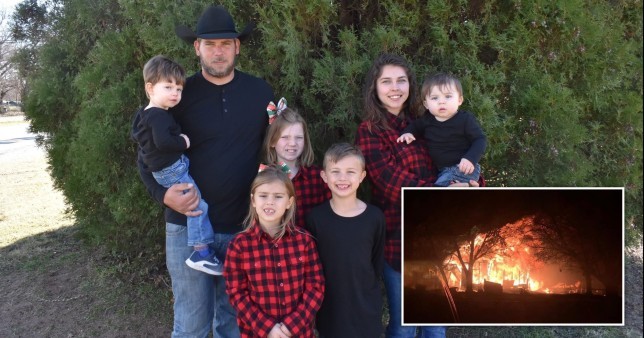 A two-year-old boy rescued his family when their home caught fire in the middle of the night and he woke up his parents – both whom were unaware of the smoke because they had lost their sense smell due to the coronavirus.

Nathan, 33, and Kayla Dahl, 28, were fast asleep at 4.30am when a blaze broke out. The fire alarms in their home did not go off, and they did not wake to the smell of smoke.

The couple lost their sense of smell and taste when they were recently infected with Covid-19.

Their son Brandon, who had been sleeping in the living room, awakened to the smoke and flames and got his mother to wake up.

‘He tapped me on my feet in bed and was coughing and saying, “Mama, hot. Mama, hot,”‘ Kayla told Good Morning America. ‘I turned around. I looked and all I saw was flames in the doorway.’

The parents quickly woke up and got their five children out of the burning home.

He added: ‘We had seconds. It’s nothing short of a miracle.’

A volunteer firefighter for six years, Nathan had taught his children what to do in the event of a fire, in particular not touch anything while trying to escape.

The father said that none of the smoke alarms in their home in Alvord, Texas, sounded.

‘We had brand new, less than a year old, smoke alarms in our house,’ Nathan told WFAA. ‘None of them went off.’

Once outside, the family watched the inferno destroy their home, as well as their two cars.

‘About maybe a minute after we got out of the house, our front door had flames coming out of it,’ Nathan said. ‘Everything was in flames.’

Kayla lamented that ‘everything was gone’ inside her home and that she lost her car. But she was grateful for her young son’s heroic act.

‘Brandon saved us,’ she said.

‘He saved our entire family. I mean, he’s our little mini hero.’ 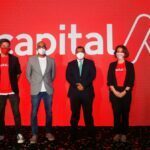 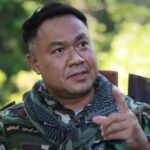