ONE of Britain’s youngest mums – who gave birth at just 12 – has revealed she is expecting another baby.

Tressa Middleton fell pregnant in 2006 after she was raped by her own brother.

The baby was taken away and Tressa spiralled into depression and drug use as she fought to come to terms with her ordeal.

At the time she was Britain’s youngest mum, until The Sun revealed earlier this year that an 11-year-old girl had given birth.

But Tressa, now 27, has since turned her life around with partner Darren Young and the couple revealed this week that she is around 20 weeks pregnant with their second child.

Arihanna is the couple’s first daughter, born weighing 8lbs 1oz in October 2017 after a 24-hour labour.

Tressa hit the headlines 15 years ago when it was revealed the schoolgirl was expecting a baby.

She had suffered a difficult childhood fraught with her mum’s addiction issues and sexual abuse at the hands of her older brother, Jason.

She initially kept the identity of her first child’s father a secret, and the pair were taken into care until – aged 14 – she broke down and told a social worker what her brother had done to her.

Her daughter was removed from her care and then adopted in 2008.

Jason, 19 at the time, was jailed for four years in 2009 after DNA evidence helped to convict him.

Tressa, of Bathgate, West Lothian, Scotland, has spoken of her heartbreak that she was unable to keep her first baby.

She said she feels guilty that Arihanna gets to be brought up with her birth mum, but her older daughter didn’t get the chance.

The then 24-year-old said she speaks to baby Arihanna about her older sister and hopes the girls one day get to meet.

An 11-year-old is believed to be the youngest ever mother in the UK after she had a child in June this year, as exclusively revealed by The Sun.

A source who knows the family said: “It has come as a big shock.

“She’s now being surrounded by expert help. The main thing is that she and the baby are OK.

“There are questions around why people did not know. That is very worrying.” 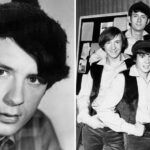 The Monkees star dies at 78 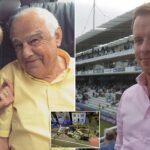