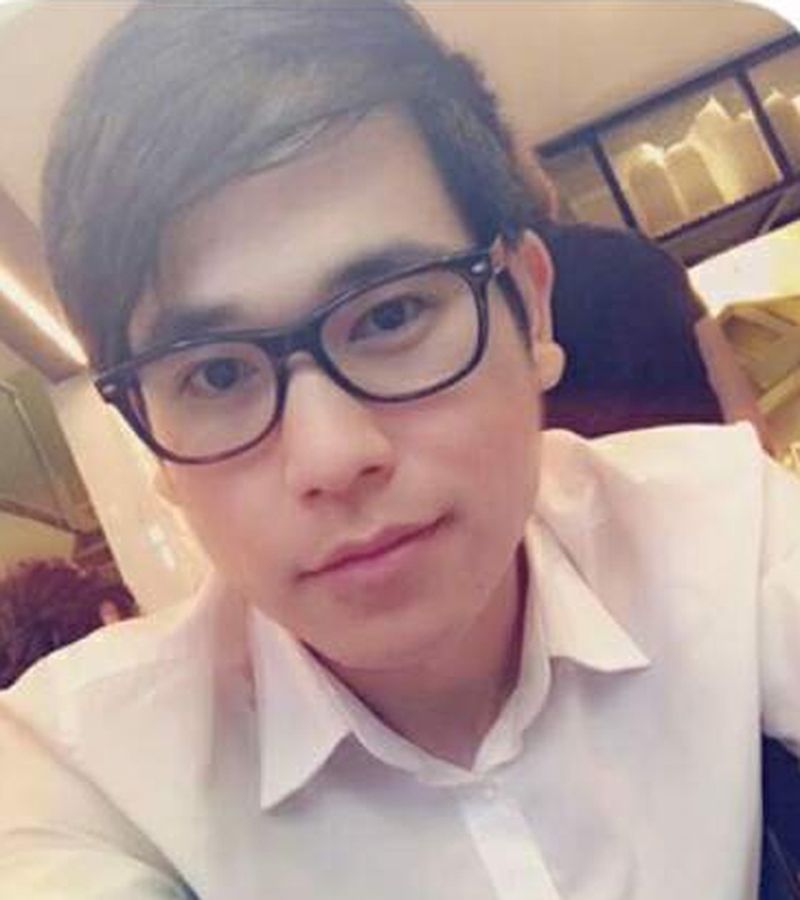 Police have revealed the last time a Thai national was seen alive before his body was found dumped beside a busy Sydney road this month.

Wachira ‘Mario’ Phetmang, 33, was last seen entering a South Hurstville petrol station in the city’s south on May 25 before his body was discovered wrapped in material in a rain culvert next to Homebush Bay Drive.

Phetmang, who was most recently living in Hurstville, was today formally identified by police after a forensic investigation.

CCTV footage has since been released by police that shows him at the service station on King Georges Road, along with a silver 2004 Hyundai Terracan with Victorian registration URK109.

The vehicle is not believed to be owned by Phetmang and has not yet been located by authorities.

Detective Superintendent Scott Cook from the NSW Police Homicide Squad today told media that Phetmang was found wrapped in plastic and a mattress protector, was bound and gagged and had been visibly beaten.

NSW Police since confirmed that a post mortem revealed Phetmang’s cause of death to be blunt-force trauma linked to a serious assault. “It’s an unusual way to be found and it does indicate to us certain activities of certain people, but we don’t want to be blind to all motives,” Dept Supt Cook said.

“I would call upon any member of the public who knows anything about Mario’s whereabouts between the 25th of May and the 6th of June to come forward and provide police with information.

“We would also like to call upon motorists who were in the vicinity of Olympic Park or Homebush Bay Drive on the days leading up to the 4th, 5th and 6th of June to come forward.”

Around 10.30pm on June 6, a truck driver came across Phetmang’s body after his vehicle broke down and he needed to set up traffic cones.

Strike Force Sinder has since been created by authorities to investigate the circumstances around the alleged murder.

Dept Supt Cook also confirmed that authorities are aware that Phetmang had been in the Sydney CBD and Guildford areas during the day of May 24.

He was also known to have worked in a CBD Starbucks cafe and another thai restaurant.

“At this stage, we do not know where Mario went after leaving the service station, and we are appealing for information about his movements from then until his body was located almost two weeks later,” Dept Supt Cook said.

“We are particularly appealing to motorists who have dash cameras to review their footage to see if they may have filmed the vehicle during that time.”

He also confirmed that a number of days is believed to have passed between when Phetmang died and when his body was discovered.

Possible links to organised crime and drugs also form part of the investigation into his alleged murder, however police are not ruling out other motives.

“He has no criminal history, he was a well-liked individual,” Dept Supt Cook said.

Initially police set up a crime scene in the area, which was around 50 metres north of the Australia Avenue exit ramp near Sydney Olympic Park, and conducted a line search.

Friends of the 33-year-old are understood to have reported him missing, however there was a delay in police making a public appeal for information while they worked to identify him.

Phetmang’s housemate, Amy Thiengchutti told 9NEWS she had been living with him for four years and told his family that he had gone missing when he didn’t return home for four days.

“He’s like a normal boy. The way he talked like a happy person, easy to talk to.

Authorities also said that Phetmang does have family in Australia, with his mother and sister both living in New South Wales.

“Their brother and their son has died and been killed in a terrible way. I don’t know that they would be doing too well,” Dept Supt Cook said.

A man believed to be Phetmang’s partner, Karn Maneesuriya, remembered the 33-year-old as a “happy and romantic” person.

“I still miss him because he took care of me and helped me about English, because I don’t have good English. He cared about everything,” he told 9NEWS.

“We lived together for about six months. He was a good person, he was happy and romantic.”

The dumping ground backed onto Bicentennial Park and is near local children’s playgrounds and cafes.

At the time, local resident Theodore Drivas told 9NEWS the area had “nothing but good vibes”.

“We have a lot of regulars, lots of families who come to the playgrounds within the Olympic Park,” he said.

“It’s very much a shock to us, what’s happened.”