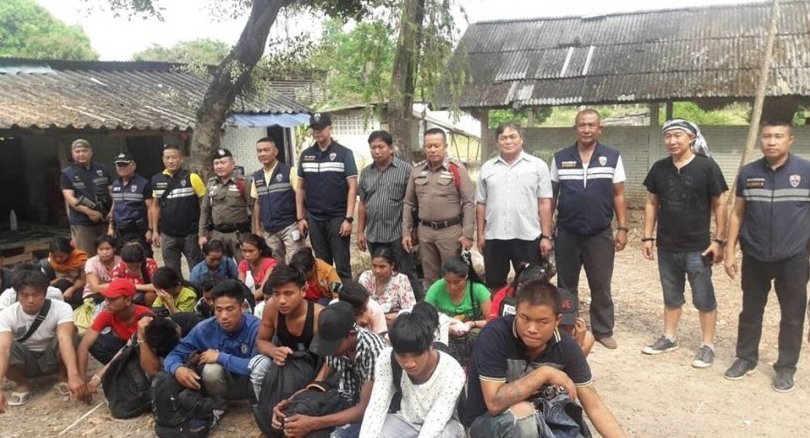 Police have launched an investigation after discovering 26 migrant workers imprisoned in miserable conditions at an orchard in Chiang Mai on Tuesday.

Many of the undocumented workers were suffering heat stroke after being held captive in a locked shed under a scorching sun.

Police are now seeking to identify those involved in the smuggling and detention of the workers, who were released at a longan orchard in Chiang Mai’s San Sai district on Tuesday afternoon.

As officers broke open the lock to free the 11 men and 15 women from the shed, the orchard owner fled.

Thitiwat said that a gang of people smugglers had picked up the foreign workers from the border area in Chiang Rai’s Mae Sai district before locking them in the shack for two days pending their transport to Bangkok.