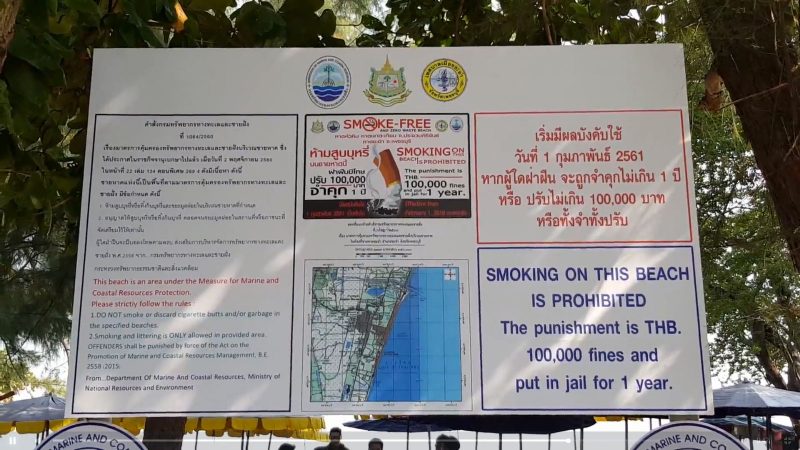 Beach-going smokers will have to weigh a year in jail before lighting up next month.

“We aren’t limiting the rights of people who want to smoke. There will be designated places to smoke near the beach,” Bannarak Sermthong, director at the Department of Marine and Coastal Resources said. “But on the beaches, smoking affects the health of families and little children who come on vacation.”

The maximum penalty for smoking on the beach will be a fine of 100,000 baht and a year in jail. Bannarak said that at the beginning, the law would be used as more of a warning than strictly enforced.

How evenly the ban is then enforced remains to be seen, as similar prohibitions in other public spaces are routinely ignored. Smoking electronic cigarettes is not an alternative – they’re already illegal.

Signs in Thai, English and Chinese will be displayed at these beaches, Nuttawut said. The beaches’ business operators have also been informed to help caution tourists about the new law.

“If people smoke outside of the smoking zone and we see it, we will either warn them or take them down to the police station,” Senior Sgt. Maj. Kiattisak Srichan of Hua Hin Tourist Police said Thursday. “We will do regular patrols on the beach, rather than staring and guarding the beaches.”

Nationwide beaches included in this ban are: Banchuen Beach in Trat, Lhaem Sadet Beach in Chanthaburi and Saeng Jun Beach in Rayong.

Authorities have tried to discourage smoking with recent laws. In November, they banned smoking on 20 beaches after a large number of cigarette butts were found on Phuket’s Patong Beach. In July it became illegal to give cigarettes to minors. Until then, only sale to those under 21 had been forbidden. 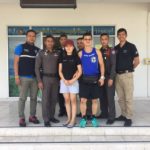 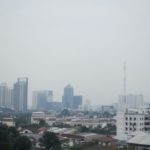