Home » Senior Netflix executive axed over use of the N-word

Netflix sacked its chief spokesman Jonathan Friedland, he revealed on Friday, after he used the N-word twice in the space of a few days during meetings with staff.

The head of communications announced his departure after being upbraided for a second time for using the racial slur, which is controversial for its ubiquity in hip-hop culture and completely taboo in almost every other context.

“I’m leaving Netflix after seven years. Leaders have to be beyond reproach in the example we set and unfortunately I fell short of that standard when I was insensitive in speaking to my team about words that offend in comedy,” he tweeted.

“I feel awful about the distress this lapse caused to people at a company I love and where I want everyone to feel included and appreciated.”

Former journalist Friedland — not to be confused with Jonathan Freedland, a prominent columnist at the London-based Guardian newspaper — had served in communications roles for Disney.

Before working in communications he spent 10 years at the Wall Street Journal.

Netflix wasn’t immediately available for comment but Variety magazine reproduced in full what it said was a memo from CEO Reed Hastings sent to all staff on Friday.

“Jonathan contributed greatly in many areas, but his descriptive use of the N-word on at least two occasions at work showed unacceptably low racial awareness and sensitivity, and is not in line with our values as a company,” he said.

Hastings said the first incident occurred “several months ago” in a meeting about sensitive words and again a few days later to two black human resources employees as he was discussing the original transgression.

Friedland apologized immediately when objections were raised on the first occasion, but the fact that he did it again “confirmed a deep lack of understanding, and convinced me to let Jonathan go,” said Reed.

The CEO continued with a lengthy history of the N-word’s use and an admission that he should have done more to use the first incident as “a learning moment for everyone at Netflix about how painful and ugly that word is, and that it should not be used.”

“Many of us have worked closely with Jonathan for a long time, and have mixed emotions,” he concluded.

“Unfortunately, his lack of judgment in this area was too big for him to remain.” 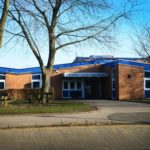