Home » Protesters rev up to drive out Prayut 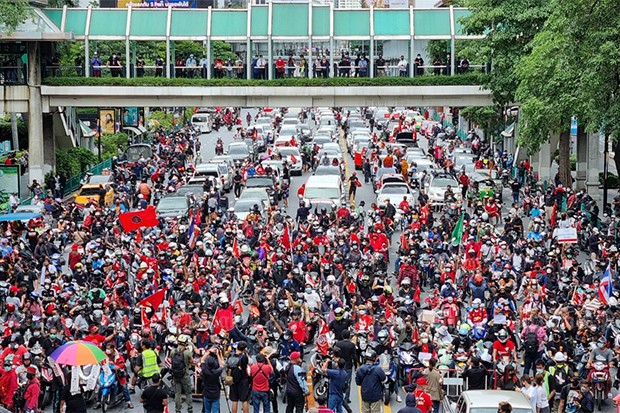 The country’s largest “car mob” rallies to date geared up on roads in Bangkok and other provinces on Sunday to put pressure on Prime Minister Prayut Chan-o-cha to resign after seven years in power.

The Tha Lu Fah movement, whose recent protests in the capital ended with clashes with riot police, on Saturday decided to join the demonstrations.

The coalition of protest groups have all accused the government of gross mishandling of the third Covid-19 outbreak.

Mr Nattawut, backed by protesters and members of the United Front for Democracy against Dictatorship, led a convoy at Ratchaprasong intersection. Mr Sombat headed another parade from Ayutthaya to Lat Phrao intersection. Tha Lu Fah assembled at Democracy Monument.

Before his rally set off from Ratchaprasong, the red-shirt leader stated that protesters would avoid confrontations with police and stay away from politically sensitive places, including Government House and the prime minister’s residence.

The rallies would reach their climax at 6pm, when drivers would honk throughout the national anthem to warn Gen Prayut that he had no choice but to resign.

“I’m confident the goal would be achieved,” he said, referring to a peaceful rally with a clear message for the prime minister. More rallies against the government would be planned in the future, he added.

Mr Sombat, who engineered three previous car mob protests, told UDD News on Facebook that keeping the Sunday rallies peaceful would be a test for demonstrators.

He said the road rallies were building momentum for the ouster of the prime minister.

Chanthaburi, Chon Buri, Chachoengsao and Chiang Mai were among other provinces joining the Bangkok road rallies. 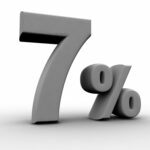 Only 7% of Thailand if fully vaccinated