Home » Schoolgirl, 11, found hanged after ‘telling mum she was ‘unhappy’ AN 11-year-old schoolgirl was found hanged after leaving a note to her mum saying she was “non-binary”.

Kenya Moreno Molongua was found by her family along with the note to her mother saying she was unhappy, an inquest heard.

Kenya, who was born in Spain, had been living with her aunt in Luton, Bedfordshire, and had seemed her normal self in the hours before her death, a coroner was told.

Her aunt, Raquel Molongua-Nguba, told the inquest Kenya had been “struggling with her sexuality”.

Mrs Molongua-Nguba said: “She was a very funny girl but she was very different.

“She was too mature for her age, she was set in her own ways and wanted to do her own thing.

“Two or three days before she died, she said she wanted to be a goth which was really out of the ordinary.”

After getting home from work around 6.30pm on April 15 she heard Kenya talking to her grandmother and “she seemed normal”

Kenya came downstairs about 8.30pm to get some noodles and was joking with her grandmother, the inquest was told.

But around 9.30pm Mrs Molongua-Nguba was woken by the sound of her mum, Kenya’s grandmother, screaming.

She ran upstairs and saw her mum trying to help Kenya, the inquest at Central Bedfordshire Coroner’s Court was told.

Kenya’s family started CPR before paramedics and doctors arrived, but Kenya was declared dead at the scene.

A post-mortem examination concluded she died from asphyxiation and a toxicological examination found no alcohol or drugs in the schoolgirl’s blood.

Her school had recently informed her family about self-harm cuts she had inflicted on her arms, the inquest heard.

Mrs Molongua-Nguba said: “We have no idea what led up to this. I recently talked to my husband and we all feel so guilty that we saw no indication that this would happen.

“I thought I knew her but after what has happened I just think that her whole lifestyle had something to do with it.

“She really wanted to be with her mum and she was struggling with her sexuality and she needed her mum more at that time.”

Coroner Dr Sean Cummings heard that Kenya had been referred to the Child and Adult Mental Health Services (CAMHS) in the weeks before her death.

But she had not been seen as her referral wasn’t classified as needing immediate action and because she wasn’t registered with a GP in the UK.

Dr Cathy Lavelle, clinical director of CAMHS, told the coroner the service had been flooded with schoolchildren who couldn’t cope with the stresses of the pandemic, with nearly 80 per cent of those referred to them self-harming.

On the day of her death, all the reports are that she was happy, positive and contentCoroner Dr Sean Cummings

When asked if she thought Kenya had meant to kill herself, the veteran child psychiatrist said: “It is conjecture but my view is I think it was something that went wrong.

“At 11 you are struggling to have a full awareness of the consequences of your actions and what that means.

“I think it is difficult for an 11-year-old to fully think that through. Kenya was normal and ordinary and childish.”

Concluding the inquest, Dr Cummings said: “I am unhappy with the conclusion that Kenya died as a result of suicide.

“On the day of her death, all the reports are that she was happy, positive and content.

“There was no sign that indicated that she was going to take her own life that evening.

“To record a verdict of suicide I must be satisfied that someone had intended to take their own life. With Kenya I cannot find that.

“My conclusion was that Kenya died as a result of an accident. I think that her family loved her and she knew that she was loved. This just went badly wrong, I am sorry.” 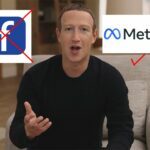 FACEBOOK has announced that it’s changing its name to Meta 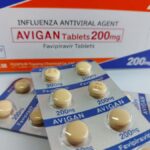 Arrested in Thailand for selling Favipiravir online without permission