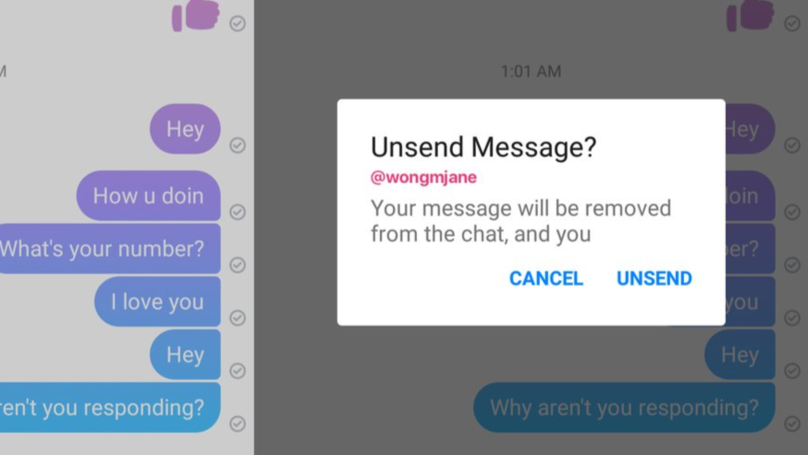 You can rest easy now, regular Facebook drunk posters – according to reports, the social media site is finally giving us a solution to the delicate issue of those messages you just wish you hadn’t sent.

You’ve probably heard it said that when something is put on the Internet it’s there forever, but Facebook is testing out a new version of its messenger app that will allow users to unsend those missives that instantly come laced with regret – definitely *insert praise hands emoji* here.

Yes, you read that correctly – unsend messages. This is what we’ve been waiting for – finally, an answer to all those times you’ve thumbed a very unsober message into your phone and sent it to someone you probably shouldn’t have… only to struggle with the repercussions the morning after.

Social media user Jane Wong noticed the change after Facebook and Instagram updated, so she did the sensible thing and took to social media to share it with the world.

This isn’t the only upgrade she noticed, either. Apparently the new update will enable users to personalise their messenger with new gradients of colours and AR stickers to mix things up a bit in chat.

Even with the tech insider sharing her findings with world it’s still very unclear when, and if, Facebook will roll it out to the rest of the public.

What is strange is how long it’s taken for the company to implement the ‘unsend message‘ feature on their flagship company.

Back at the end of 2017 WhatsApp introduced the handy littler feature where messages could be unsent within seven minutes – so that was good, but still not the best way for sober you to clean up drunk you’s messes.

Earlier this year the company did update the feature so messages could be unsent within one hour, eight minutes and sixteen seconds after they were sent – very precise, and a hell of a lot better for any drunk slips.

Jane did confirm on Twitter the new feature won’t be unlimited, so keeping those ‘oops’ moments to a minimum is still a priority.

She said: “There will be a time limit for Facebook Messenger users to unsend their messages.”

After the ups and downs Facebook has had this year, this could go some way for the app giants to redeem themselves to users.

Only recently the app was at the mercy of yet another hoax where some people were seeing posts or messages about accounts being cloned on Facebook, but it was just a new form of those old MSN chain mail messages – gosh, weren’t those the days?

School Slammed By Parents Over ‘Inappropriate’ Award For ‘Best Bum’ 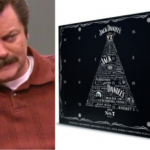