A beauty salon owner was found murdered with her throat slit in her own shop in Samut Prakan province late Monday night.

A neighbour, Thanakrit Innunthaen, 19, and his mother found the body and called a local rescue foundation, said police.

The victim was identified as Walapat Chakhamnan, 49. Her throat had been cut and a 12-inch-long knife was found nearby.

Thanakrit told police that he noticed that the beauty shop in Phra Samut Chedi district was still open at 11pm, although Walapat normally closed up at 7pm after the last client had left.

Thanakrit entered the shop to check and found Walapat lying face-down in a pool of blood. He said he ran back to his shop to call an emergency line to send help, thinking she might have fainted and hit her head.

But rescuers found that her throat had been cut.

Walapat lived alone at the shop and was occasionally visited by her husband, said police. 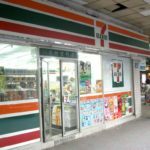