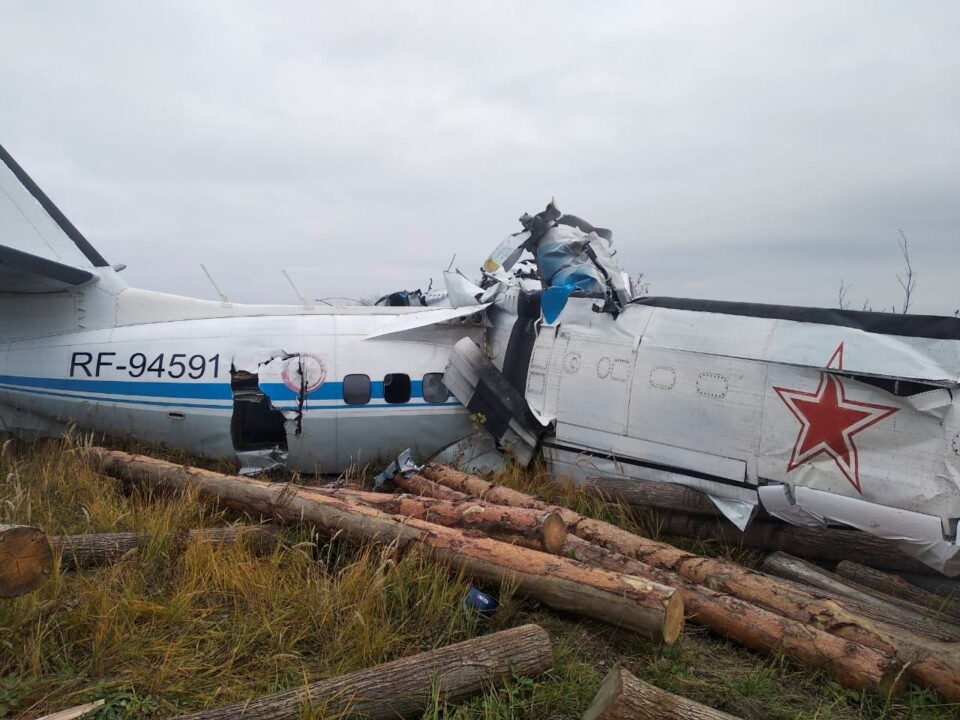 A HORROR plane crash killed 16 parachute jumpers when the “overloaded” aircraft went down shortly after take off.

The aircraft was carrying 22 people when it crashed in Tatarstan after reportedly suffering an engine failure.

At least 16 people are believed to have died – including both pilots – and six people were injured in the crash.

The twin engine L-410 was being used to train parachutists from the Menzelinsky flying club.

Members of the club paid £90 for a parachute jump – and two of the dead were reported to be women, while the rest were males.

The two pilots were named as Mikhail Belyaev, pilot, 50, and Alexander Zykov, pilot, 51.

And they reportedly heroically steered the aircraft away from houses on the ground before the crash.

One report from Komsomolskaya Pravda said the plane was “overloaded” when its left engine failed.

Witnesses said the aircraft had just taken off and was flying over low trees when it crashed.

The plane reportedly flew less than a mile before the fuselage broke apart and the plane fell to the ground.

Shocking pictures from the scene show the mangled aircraft on the ground – while video shows rescuers clambering over the wreckage.

Air traffic control reported the plane had stopped communicating with the dispatcher before it suddenly disappeared from the radar screen.

The aircraft appears to have come down in a lumber yard, with chopped up trees and heavy machinery visible in pictures from the scene.

Eyewitness Oksana said: Oksana, eyewitness: “I started taking photos, after (my husband) said it was falling.

“We were around the petrol station at that moment. We turned around and drove there. And it was on fire [after crash], well, actually there was no fire but smoke.

“My husband pulled out a fire extinguisher, and then people started pulling out [victims].”

“At 09.23am a message was received about the crash of a light aircraft near the RES base in the city of Menzelinsk,” said The Ministry of Emergency Situations of Russia.

“Preliminary information, units of the Menzelinsk fire and rescue garrison are heading to the place of call.”

Rescuers are reported to be having trouble accessing the mangled wreck of the plane.

The aircraft had been in operation since 1987.

It previously flew in the Air Force of the USSR, then was in storage, and then was transferred to the sports organisation who has operated the plane since.

And all 28 people on board an Antonov An-26 twin-engine turboprop died in a crash in Kamchatka in July. 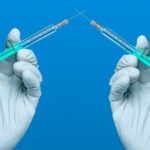 Only double-jabbed, negative passengers can fly in Thailand 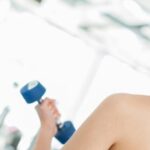