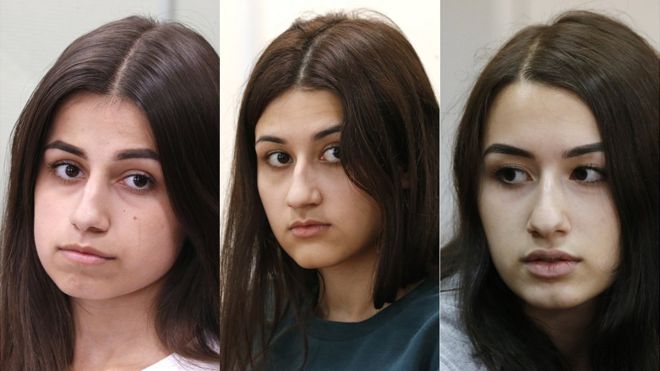 Three Moscow sisters accused of murdering their father are likely to have the charges reduced to “necessary self-defence”, their lawyers say.

The decision by Russia’s chief prosecutor could lead to their criminal prosecution being dropped, lawyer Alexei Parshin told the BBC.

In July 2018 the teenage Khachaturyan sisters stabbed and battered their father to death in his sleep.

He had beaten and sexually abused them, so many Russians urged their release.

More than 350,000 people signed a petition supporting the sisters, and their high-profile case was a powerful argument for a new law against domestic violence, expected to take effect this year.

Human rights activists argued that the sisters were not criminals but victims, as they had no means of getting help and protection from their abusive father.

Krestina, Angelina and Maria Khachaturyan, who were 17, 18 and 19 when they stabbed their father to death, currently face up to 20 years in prison, after the Investigative Committee (SK) accused them of premeditated murder.

“I hope after that, the case will be closed against the girls. I think it will take another month or two.”

The sisters live in different places and cannot speak to each other or to the media. They are free to come and go, but cannot communicate with anyone linked to the case, the lawyer said.

Deputy Prosecutor-General Viktor Grin, quoted by Mr Parshin, said the SK’s conclusions had not taken full account of the circumstances which drove the young women to murder.

The father’s behaviour, Mr Grin argued, posed a real threat to the sisters’ safety, which justified them resorting to any means to defend themselves.

Mr Parshin said: “I think the public attention certainly influenced this, in the sense that this was not an ‘ordinary’ case.”

“The legal organs had to pay very close attention to the case. So it’s good. We have a chance that the girls won’t just be accused, baselessly – as often happens.”

He said the case would undergo further examination by experts, but “that is likely to confirm the conclusions, and after that we expect that the investigators will drop the criminal investigation”. 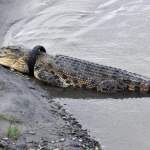 Now there’s a reward for removing it 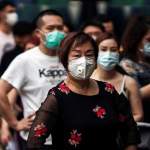