Home » One of UK’s oldest paedophiles, 85, dies after ‘choking in prison’

An 85-year-old paedophile died eight months into an 18-year prison sentence after ‘choking on a drink’.

Alan Styles is thought to be one of the UK’s oldest paedophiles, and was transferred from HMP Birmingham to a hospice to die on ‘compassionate grounds’.

He committed sex attacks on three schoolgirls after grooming them with gifts over four years.

One of his victims was thought to be just eight when he started targeting her, with two others under 14.

Officers discovered a camera and memory cards with 665 indecent images of children. The force later found his two other victims.

He was jailed for 18 years in November 2020 after admitting a total of 27 offences, including rape, sexual assault, indecent images and sexual activity with a child.

The pensioner was admitted to hospital several times for treatment between December 2020 and April 2021.

But Styles, originally from Wednesbury, West Midlands, continued to get ‘frailer’.

He was taken to hospital after choking on a drink on July 1, with hospital staff deciding to ‘start end of life care’.

Assistant ombudsman Karen Johnson said: ‘The deputy governor granted a special purpose licence with the condition that one prison officer stayed with him at the hospice.

‘His grandson visited him in the hospice. The prison discussed the early release on compassionate grounds process at an end of life meeting on July 7.’

There were no issues of concern and the care he received behind bars was ‘equivalent’ to what he would have been given at home, the PPO investigation said. 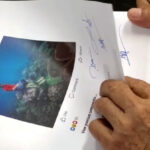 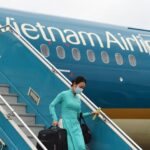