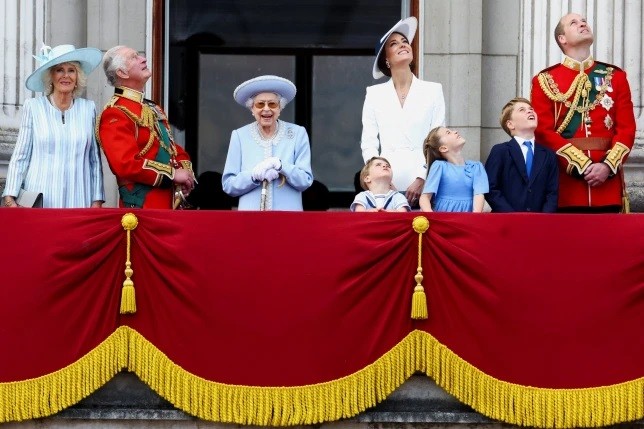 The Royal Family have appeared on the Buckingham Palace balcony for a flypast to celebrate the Queen’s Platinum Jubilee.

A number of working royals appeared, but Prince Harry, Meghan Markle and Prince Andrew did not seem to be there.

The Queen was seen wearing sunglasses and carrying a walking stick.

Charles, the Prince of Wales, stood on his mother’s right-hand side and the pair could be seen chatting and smiling ahead of the flypast.

Huge cheers of ‘hooray’ erupted from thousands of royalists on The Mall in front of the palace as the monarch appeared.

As the various aircraft approached, the Queen could be seen looking ahead and smiling.

She also appeared to be impressed by jets lined up to show the number 70, to represent the number of years she has been on the throne.Royals appear on balcony together to watch flypast

Meanwhile, Prince Louis – the break out star of the event – waved towards the sky and put on a series of amusing facial expressions.

The Queen could be seen interacting with Louis, her great-grandson, who was standing next to her on the balcony.

The young prince could be seen holding his hands over his ears as the assortment of miltary aircraft – including the Red Arrows – soared overhead.

The monarch smiled throughout the flypast and waved at the crowds before going back into the palace. 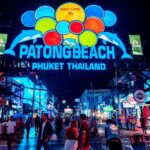