At least four people were killed last night in a ‘catastrophic’ shooting spree at a hospital in Tulsa, Oklahoma.

Police said the suspected gunman was among the dead, apparently from a self-inflicted gunshot wound.

Officers arrived at the scene at St Francis Hospital in three minutes – which they said ensured the death toll wasn’t higher.

It is unclear what prompted the deadly assault. Oklahoma Republican Gov. Kevin Stitt called it a ‘senseless act of violence and hatred’.

The unidentified gunman fired both a handgun and a rifle during the attack, according to Tulsa Police Department deputy chief Eric Dalgleish.

Police captain Richard Meulenberg said that by the time law enforcement arrived at the medical campus they ‘found a few people have been shot’ and some of them had already died.

It was a ‘catastrophic scene’, he said.

In an interview with CNN, he said that officials are not releasing the name of the gunman or any information pertaining to the individual due to the ongoing investigation at the scene

‘We’re still working with other agencies and other jurisdictions as this is related to a much bigger issue with this shooter,’ he said.

The police chief said detectives do not believe anyone else is in danger, but they are looking at locations outside of the facility.

He added that the police do not think the gunman was targeting the entire five-floor building but appeared to target the second floor and went there ‘with purpose’.

After officers breached the door, the gunman was already dead.

Police and hospital officials said they were not ready to identify the dead.

St Francis Health System locked down its campus on Wednesday afternoon because of the situation at the Natalie Medical Building, which houses an outpatient surgery centre and a breast health centre.

Tulsa resident Nicholas O’Brien, whose mother was in a nearby building when the shooting occurred, told reporters that he rushed to the scene.

‘They were rushing people out. I don’t know if some of them were injured or just have been injured during the shooting, but some of them couldn’t walk very well. But they were just kind of wobbling and stumbling and getting them out of there,’ he said.

‘I was pretty anxious. So once I got here and then I heard that she (his mother) was OK, the shooter had been shot and was down, I felt a lot better. It still is horrible what happened,’ Mr O’Brien said.

US President Joe Biden has been briefed on the Tulsa shooting, White House officials also said in a statement.

The tragedy comes eight days after an 18-year-old gunman armed with an automatic rifle burst into Robb Elementary School in Uvalde, Texas, and killed 19 children and two teachers before being fatally shot himself.

There have been at least 233 mass shootings in the US this year so far, according to the nonprofit organisation Gun Violence Archive, including the Tulsa shooting. 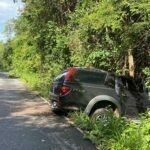 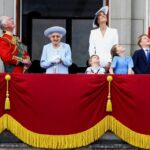 Royals appear on balcony for flypast to celebrate Platinum Jubilee