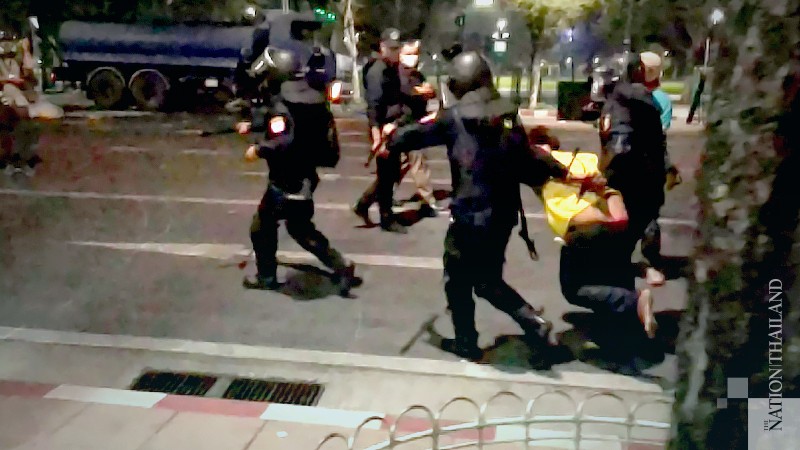 The Society for Medical Students of Thailand (SMST) has called on the police to investigate the assault on a medical volunteer during the February 13 pro-democracy protests in Bangkok and bring the offenders to justice.

SMST released a statement on Sunday after pictures of a medical volunteer being beaten up by the police were widely shared on social media. Medical volunteers had been stationed there to provide medical services at the pro-democracy rally in front of the Supreme Court in Bangkok’s Phra Nakhon district on Saturday night.

“This is not the first time that medical volunteers were affected by police officials’ actions during protest events,” SMST said.

“Medical volunteers are not only there to treat injured protesters, but they could also ensure public safety in the areas where standard medical units and ambulances cannot access the injured persons on time.

“These volunteers are ‘street medics’ or ‘action medics’ who provide prehospital care to injured persons and maximise their survival rate. The attack on these volunteers is therefore unacceptable and violates human rights,” it said.

“The SMST would like to urge the commander of crowd control police to take responsibility by investigating and clarifying the incident to the public with full transparency, as well as bring the offender to justice.”

National Police chief Pol General Suwat Jangyodsuk said on Sunday while visiting injured officers that the attacked doctor was a troublemaker and such a person “was a contributor to the chaos”. 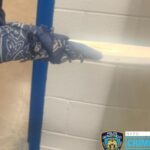 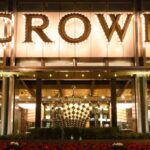