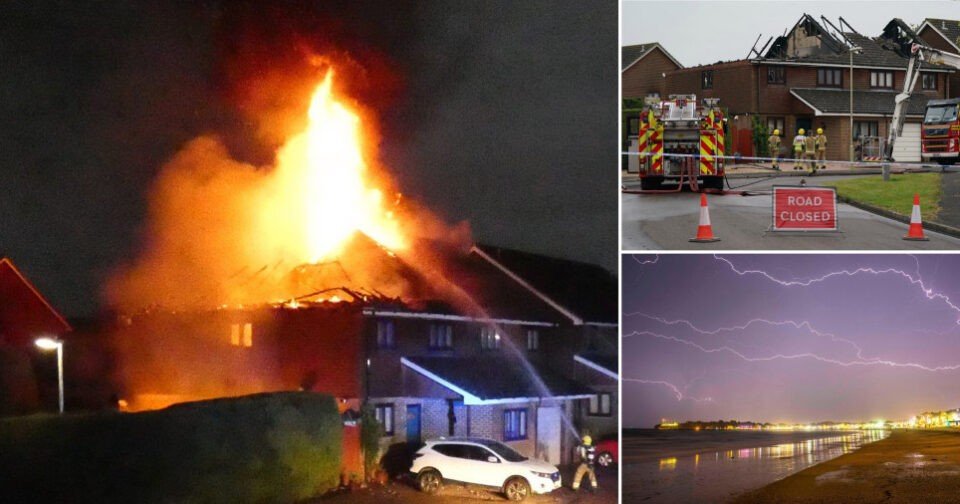 A house in Hampshire has had its roof completely caved in after being struck by lightning.

Thunderstorms are expected across England all weekend, with the Met Office issuing yellow weather warnings for the whole south coast until Sunday midnight.

Hampshire and Isle of Wight Fire and Rescue Service said firefighters were at the house on Mercia Avenue in Andover, some 30 miles north of Southampton.

The service tweeted a photograph of a two-storey brick house with its roof partially destroyed as smoke blew out the top.

It is not known if anyone was hurt during the incident, which saw the road closed off as a precaution.

Storms this weekend follow a sweltering heatwave for much of the UK this week, which saw temperatures exceeding 30°C.

Parts of the country were put on alert for wildfires, while the Met Office issued its first ever extreme heat warning.

Now rain clouds have made their way in, the Met Office has warned of flooding and transport disruption in some places.

‘There’s also a risk of large hail falling in a few locations and where heavy downpours occur, up to 35 mm could fall within an hour,’ the Met Office added. 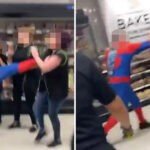