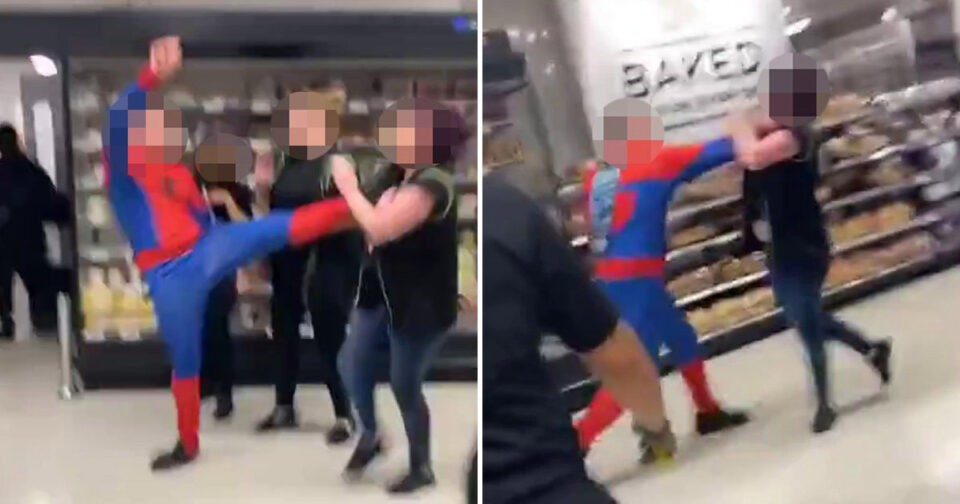 THIS is the shocking moment a thug dressed as Spider-Man knocked a female Asda worker out after a brawl erupted in the supermarket.

the yob kicking out at staff and shoppers while standing next to a girl in a costume.

A female worker then grapples with the girl before the Spider-Man thug confronts her.

He shouts “come on b***h” before landing a punch on the employee – knocking her out cold.

As she falls to the ground, stunned bystanders can be heard shouting “oh my god”.

A separate video posted from the same incident shows a huge brawl at the entrance to the supermarket in Clapham Junction, South West London.

Footage of the fight is understood to have been linked the verified Instagram account of a rapper named Tyrone, who was given an award recently by BBC Music.

People can be seen fighting on the ground as the Spider-Man thug continues to lob punches.

Some shoppers in wheelchairs can be seen getting involved as staff desperately try to break the violence up.

As the footage ends, the yob is captured savagely swinging a pole at rivals as onlookers scream.

The videos were posted on Twitter where they have been viewed thousands of times.

Police confirmed a woman in her 20s taken to hospital with a minor injury.

Five others were treated at the scene following the horror at around 10.40pm last night.

The Met said two girls aged 17 and 18 and two men aged 35 and 37 have been arrested on suspicion of affray and violent disorder.

All five remain in custody at a South London police station.

The Met said: “Police were called at 22:40hrs on Thursday, 22 July to reports of a group of people involved in a disturbance at a supermarket on Lavender Hill, SW11.

“Officers attended along with London Ambulance Service. A woman in her 20s was taken to hospital with a minor injury. A further five people were treated at the scene.

“Enquiries into the circumstances are ongoing. Anyone with information about the incident is asked to call police on 101 or tweet @MetCC quoting CAD 7883/22Jul.”

An Asda spokesperson said: “We are aware of an incident which occurred at our Clapham Junction store late last night.

“We do not tolerate any form of violence or abuse towards colleague or customers and we are working closely with the police in their enquiries.’’ 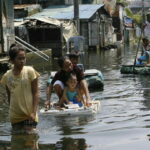 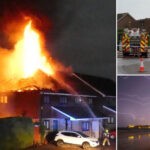