Buriram, Thailand, January 12, 2019 – KNAF Talent First car racing talent Rinus VeeKay impressed with a double victory in the first two races of the opening round of the F3 Asian Winter Series. At Buriram International Circuit the 18-year-old driver from Hoofddorp in the Netherlands had some great battles for the lead in the first two races of the weekend to claim the victory twice in his Formula 3 debut. In the third race of the weekend the Dutch Hitech GP driver had to start on old tyres, but was still able to hold the slipstream of the leaders to finish in third position. “A super start of the year and the season, it could hardly have been any better,” said VeeKay, who is also the proud leader in the championship after three races.

The opening round of the F3 Asian Winter Series was at Buriram International Circuit in Thailand, and VeeKay, the reigning Pro Mazda champion, impressed big time. At the start of the first race of the weekend VeeKay suffered some problems with the clutch of his car and dropped back from third into fifth position. After some great battles with Ticktum, Ye and Ghiretti, VeeKay fought his way back into the lead, to drive away from the field and claim his first victory of the season in commanding style. “On the opening lap I could make use of the battle in front of me, and despite my poor start, I kept calm and could overtake them all. The race pace was really good,” said the KTF driver after his maiden victory of the season.

Thanks to his quickest lap in race one, VeeKay started race number two from pole position. In a great and tough but fair battle, VeeKay defeated Red Bull Junior Ticktum to take control of the race and claim his second consecutive victory in the F3 Asian Winter Series. “The team solved the clutch problems, so my start was okay. But Ticktum had an even better start and took the lead. After a great battle it didn’t take long before I could overtake him and extend my lead,” said VeeKay after race number two.

In the third and final race of the weekend the Hitech GP driver had to start from fourth position and had to use older tyres than almost all of his competitors. But the young Dutch racing talent did a great job, took over the third position and was even able to hold the slipstream of the leaders, to finish less than a second short of the number two in third position, the best he could do in those conditions. “Once again the race pace was great and consistent, but the tyres were so worn out that it was impossible to attack. I’m extremely happy with this dream start to the season and I’m looking forward to next weekend. I would like to thank Oliver Oakes and Hitech GP for their hard work and for giving me such a great car,” said VeeKay after his first outing in the F3 Asian Winter Series.

With two victories and a third position, VeeKay is also leading the championship with a total of 65 points. Ye is 22 points behind in second position, while Ticktum is 39 points behind. Next weekend Sepang International Circuit will host races number four, five and six of the F3 Asian Championship Certified by FIA Winter Series. 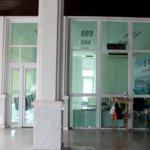