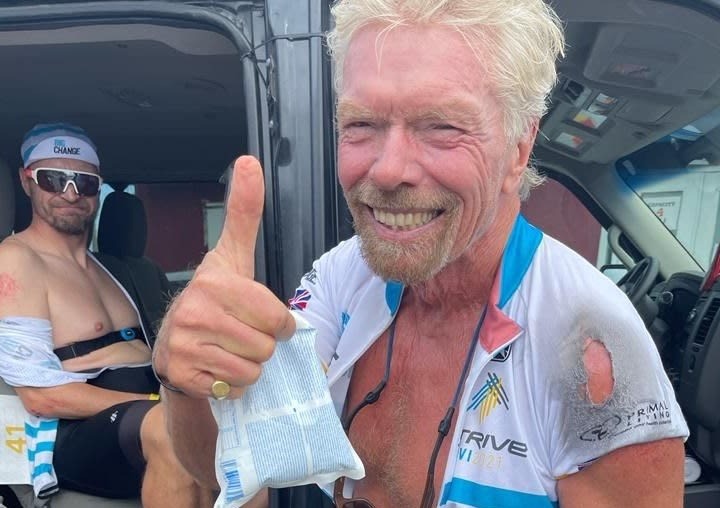 DAREDEVIL billionaire Richard Branson has revealed his horror injuries from a “colossal” cycling crash after his brakes failed on a charity bike ride.

The 71-year-old entrepreneur feared he had broken his back after flying off his bike during the endurance charity race across the British Virgin Islands this week.

The Virgin founder said he had to be treated for severe cuts and bruises on his elbow, an “extraordinarily big bump” on his hip and a “massive” hematoma on his leg after the smash on the island of Tortola.

In a blog post on his Virgin website, the adventurous tycoon said there was “no question” that wearing a helmet saved his life.

Moments before the accident, Sir Richard said he had pulled on his brakes as tight as he could – but they “didn’t respond” and he “slammed” onto the concrete.

The father-of-three shared photos of the aftermath, showing him lying on his back next to fellow rider Felix Stellmaszek.

In another snap, the tycoon is seen smiling with his thumb up while holding an ice pack.

Other photos show his horror injuries, including a massive, bloodied lump on his left hip and a heavily bruised and scratched arm through his torn cycling shirt.

The crash happened during day two of the Strive BVI event – which sees fitness fanatics complete a series of gruelling water and land-based challenges.

Sir Richard wrote in the blog post: “I was navigating a steep corner, with a massive cliff drop to my left, a car coming up the hill, and my fellow Striver, Felix Stellmaszek, in front of me passing the car.

“I pulled on both of my brakes, but they didn’t respond.

“I was going faster and faster, with my options being to drop off the cliff, hit the car, or potentially run into Felix.”

He explained: “I cried out to Felix a warning – “brakes not working!” – but he had no chance of getting out of the way. We crashed – hard.

“We both fell off our bikes and our heads and bodies slammed into the concrete road.

“There is no question that wearing helmets saved our lives – not the first time that has been the case.

“We both lay flat out on the road as the rest of the team gathered around us.

“I stayed still, hoping I hadn’t broken my back or paralysed myself. Slowly, I moved my limbs and was relieved they responded. Thankfully, Felix was ok too.”

The pair were put it in a van and taken to Virgin Gorda hospital.

Sir Richard thanked the medical team – and pointed out it wasn’t his first close shave on a bike ride.

He said: “I’ve got some severe cuts and bruises on my elbow, an extraordinarily big bump on my hip and a massive hematoma on my leg. But it could have been so much worse.

“Of course, this isn’t my first close shave while cycling,” he added.

In 2016, Sir Richard said he feared he would die after smashing head-first onto the road during a high speed bike crash.

He was on a training cycle run with his two grown-up children on the British Virgin Islands when disaster struck.

The accident-prone Virgin boss – who had escaped a run in with a deadly stingray just a few months before the 2016 crash – said he genuinely thought he’d finally run out of lives.

He revealed: “I went cycling on Virgin Gorda with Holly and Sam as part of my training for the Virgin Strive Challenge.

“I was heading down a hill towards Leverick Bay when it suddenly got really dark and I managed to hit a ‘sleeping policeman’ hump in the road head on.

“The next thing I knew, I was being hurled over the handlebars and my life was literally flashing before my eyes.”

After the crash Richard was rushed to Miami for X-rays and scans where it was revealed he had suffered a cracked cheek and some torn ligaments.

The unlucky billionaire has counted 76 near-death experiences in his life, starting in 1972 when a fishing boat sunk on his honeymoon with his first wife.

According to his biography, he crash-landed in a field in 1976 after he accidently took off in a microlight aircraft and “had no idea” how to fly it.

And in 1984, the engine exploded on the first Virgin Atlantic test flight.

When he was skydiving in 1986, he pulled the wrong cord by mistake and was falling through the air before the instructor managed to yank the spare cord and save his life.

Sir Richard has also had near misses with hot air balloons, wing-walking on a Virgin Atlantic plane, and jumping off Palms Casino in Las Vegas.

Following his latest near-death experience, the tycoon wrote in his blog post: “For those of us lucky to have had horrible near misses and got up and walked away, we’re very blessed. So many people don’t walk away.

“But I won’t stop taking on challenges and adventures – it’s how I’ve always lived my life.

“It is incredible how adrenaline kicks in when you are injured – it was only after getting home and lying down that my injuries really started to throb.

“I’m now sitting with my feet up, with ice packs on my injuries, which are starting to go down. Felix is doing well too.” 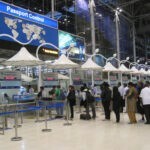 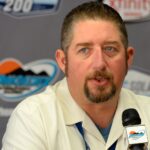 Man gets 30 years in prison for $1B Ponzi scheme