A retired police officer burst into a love rival’s home and attacked him as he slept.

Simon Ingham, who served in the force for 32 years, erupted in a drunken rage after seeing his partner’s ex, Ned Dobrijevic, across a pub.

Judge Richard Gioserano said he thought Simon Ingham’s retirement ‘may not be going as well as he had hoped’ as he delivered a suspended sentence.

Mr Dobrijevic said the ex-cop stared at him when they ran into each other in Chorley town centre, but he ‘minded his own business and moved on to another pub’.

He went home and fell asleep in front of the TV – but was woken by the defendant ‘standing over him punching him several times’, Claire Brocklebank, prosecuting, said.

The victim was left with no sense of smell or taste after the beating.

He ‘burst into tears’ when he saw the state of his face in a mirror after suffering cuts and swelling.

It was suspected he had a broken nose but it was allowed to heal naturally.

Mr Dobrijevic is now ‘anxious’ to be alone in his own home, while he doesn’t like going out by himself, Preston Crown Court heard.

In a victim impact statement, he said: ‘I don’t like going to the pub on my own anymore and when I am out and see him in the street I take myself away to avoid him. I am upset about what he has done to me.’

Ingham – who ‘fell into drinking’ at the end of his career – admitted there was ‘history’ between him and Mr Dobrijevic.

Beverley Hackett, defending, said: ‘Of course these things do not happen in a vacuum – he is in a relationship with the victim’s former partner and there had been strained relationships between the three of them.

‘Of course whatever the background and context in which it was happening he acknowledges he should never have taken the action that he did.’

He was spared jail by his previous clean record, but will also undergo a six-month alcohol treatment requirement, do 150 hours of unpaid work and pay £1,000 compensation to his victim. 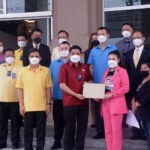 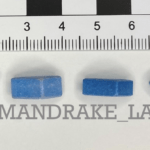