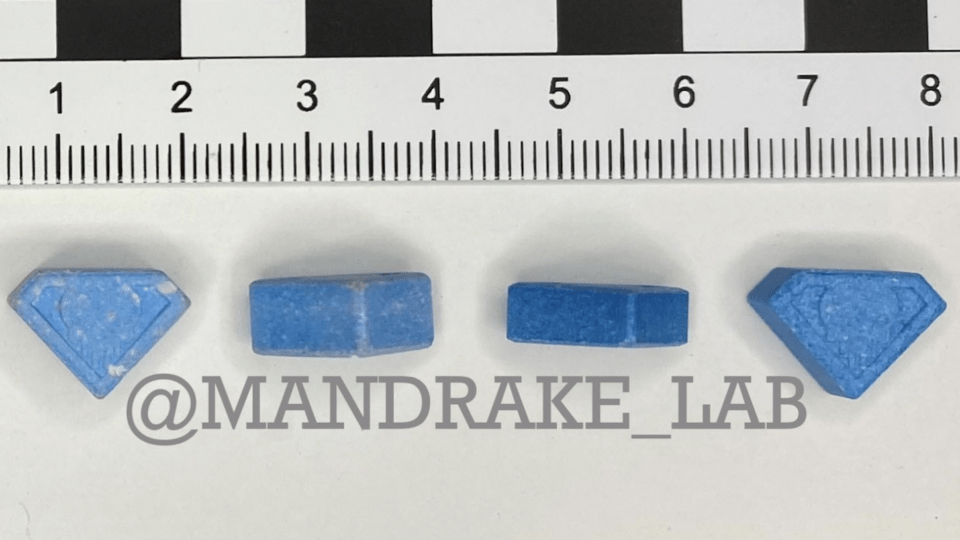 Drug analysts have found what is likely to be the world’s strongest-ever ecstasy pill, at a club in Manchester in northern England.

The record-breaking pill, a “Blue Punisher”, was tested, then re-tested last week by the MANDRAKE drug analysis lab based at Manchester Metropolitan University.

A dose of 125mg is considered to be a high dose of MDMA, which is also sold in powder and crystal form.

The super-strength pill weighed 650mg, which is “significantly heavier than normal” according to MANDRAKE.

It was tested as part of a high potency batch of Blue Punisher pills – ranging in MDMA content from 397mg to 477mg – that was seized by bouncers at a club in Manchester around 10 days ago.

Blue Punisher pills, which use the skull logo of Marvel anti-hero the Punisher, are frequently found to contain high amounts of MDMA.

Extra strong versions of the pills containing 250mg and 300mg were found at festivals in Bristol and Cornwall in 2018. Last week an inquest heard how 19-year-old Harley Girven died after taking two “triple strength” Blue Punisher pills on a night out with friends in 2019.

But all the pill testing experts spoken to by VICE World News said the 477mg pill found in Manchester was very likely to be the strongest ecstasy tablet on record.

A spokesperson for drugsdata.org, a US-based drug analysis lab which has tested thousands of ecstasy pills from around the world over the last two decades, said the pill was “stronger than any pill recorded on drugsdata.org”. The next strongest pill the lab had previously come across was a purple Philipp Plein skull pill at 366mg found in Vienna, Austria last year.

Drug analysis expert Guy Jones from Reagent Tests UK said: “This is a new world record. Impossible to rule out that a stronger one has ever been made, but the number of pills over 400mg with a public test result could be counted on one hand.”

Fiona Measham, chair of criminology at the University of Liverpool and director at drug testing NGO, The Loop, said: “It’s likely to be amongst the highest in the world.”

She said the extra thickness of the pill could mean that the monster pill was produced by mistake.

“I’d guess it’s more likely to be a cock-up than intentional. Maybe the boss went out to lunch and the junior was left in charge of the [pill] press and got the consistency wrong. The variations in width [of this batch] suggest the inconsistency of amateur pressing.”

Measham said the super strength pill “illustrates just how dangerous the lack of information [about MDMA content of pills] can be”. World News

“The customer doesn’t usually know the strength of ecstasy pills bought on illicit markets and reagent tests can’t help with that.

So their life is in danger because of the absence of one simple fact: the MDMA content of the pill they bought.

If a customer uses a drug checking service and finds out the strength of a pill is 477mg, then they can simply divide it into quarters and they have 4 average adult doses of MDMA, with no more risk than any other 120 mg pill. Knowledge is power, but lack of information on strength can transform a pill from benign to deadly.”

In Wales last year pill testing lab Wedinos found a “Jurassic Park” pill which contained 358mg of MDMA, while in Manchester in June, “Blue Tesla” pills were found to contain 300mg of MDMA.

Ecstasy pills have been increasing in strength over the last decade, after a drought which left many pills containing no MDMA.

By 2014 the average MDMA content of pills had risen to 108mg and the strongest pill was a 300mg purple “Burger King”. By 2018 the average pill contained between 150-200mg of MDMA, and analysts started to come across “super pills”, such as a skull-shaped tablet containing 360mg tested by the Trimbos Institute, which tests pills in the Netherlands.

Ironically in the UK many drug users have complained about a post lockdown drought in MDMA, which has caused some batches to contain other stimulants instead of the real thing.

The Trip Report, an early warning system for ecstasy users, has just published its latest list of high strength and adulterated pills found in Europe. 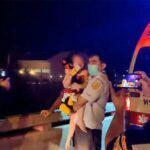 Woman jumps into canal from a bridge baby left in car