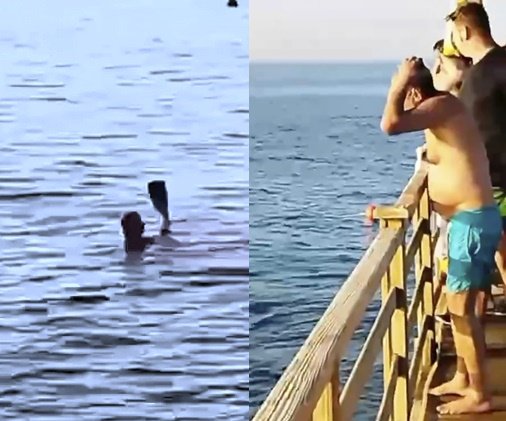 An elderly tourist has died after a shark bit her leg and arm off at a popular holiday resort in Egypt.

Officials said the 68-year-old woman was barely alive after the shocking attack and died in an ambulance on her way to the Nile Hospital in Hurghada on Friday.

Disturbing footage shows the sea turned red with blood as the woman tries to swim away and witnesses scream in horror from a nearby pier.

A flotation device is thrown into the water in the hope of pulling her closer to shore but it lands far short.

It is believed a Mako shark attacked the Austrian tourist who could not be resuscitated by the emergency responders. It remains unclear how she was able to get to the beach.

The Egyptian authorities have now closed off a stretch of the Red Sea coastline for three days, banning all ‘sea activities’ including diving, snorkelling, wind surfing and kite sailing.

In 2020, a young Ukrainian boy lost an arm and an Egyptian tour guide a leg in an attack.

In 2010, a spate of attacks killed one European tourist and maimed several others off Sharm el-Sheikh on the Sinai Peninsula.

Egypt’s Red Sea resorts are some of the country’s major beach destinations and are popular with European tourists.

Divers are drawn by the coral reefs that offer a rich and colourful marine life.

Attempts have been made to revive Egypt’s tourism sector, battered by years of political instability and, more recently, the pandemic and war in Ukraine. 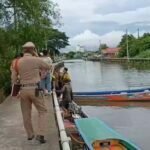