Restaurant Worker Arrested: A restaurant worker was caught on camera spitting on a customer’s pizza.

In the clip, which has spread across social media over the weekend, the man, who has been named as Jaylon Kerley, can be seen spitting on pizza bases at Comerica Park ballpark in Detroit before covering them in sauce.

Since the clip surfaced online Kerley has been fired and arrested.

Detroit Sportservice, which runs the pizza place where the incident was filmed, said in a statement: “As soon as we became aware through social media of potential food tampering Friday night, we immediately closed that food stand and disposed of all the product.

“Food safety is our top priority and we will take any appropriate action necessary to protect our guests.”

Colleague Quinelle May, who shared the video told WILX that Kerley was ‘having a bad day’ when he spat on the pizza, adding that the employee had done it to other pizzas in the past.

May added that he was trying to do the right thing when he decided to share the video, but claims that he has since been threatened by his bosses if he doesn’t remove the video.

He said that he had tried to alert managers what was happening, but no one listened.

“Every time I tried to talk, they told me to shut up,” May said. 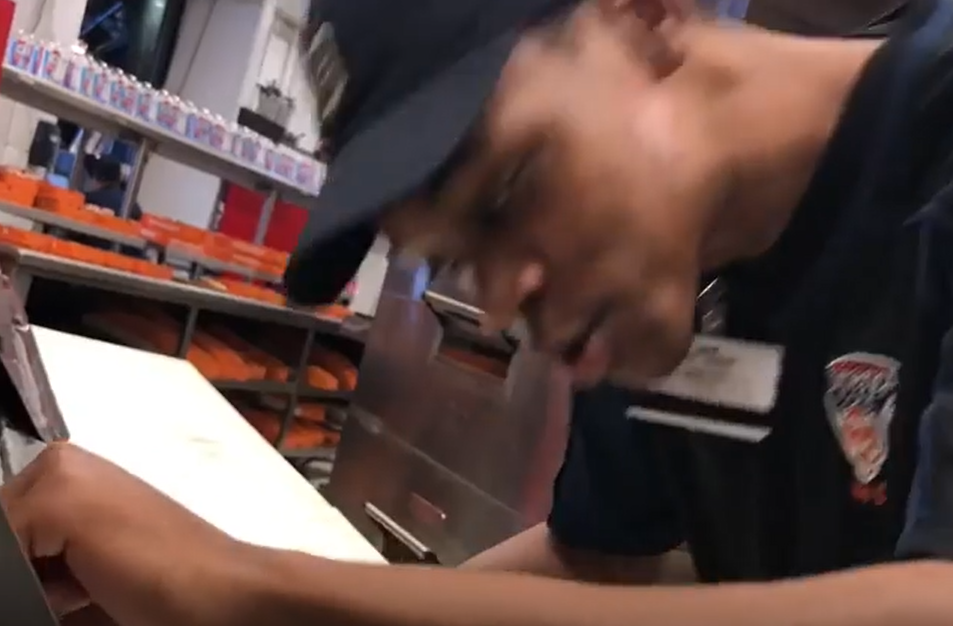 Sharing the clip online May wrote: “I was sent home early today because I didn’t have on my Comerica Park shirt and they say I was at the bathroom for too long.

“So, they yelled at me and told me to go home. But since they made me go home early I couldn’t wait until after the game to tell them an employee was spitting in customer pizzas!

“The customers don’t deserve this!! This is disgusting! And for the company to threaten me and let me go for exposing this video to the fans is also disgusting!”

According to local news outlet WXYZ, police have said Kerley could face charges over the incident.

Woman Says Drinking Her Own Urine Every Day Keeps Her Healthy 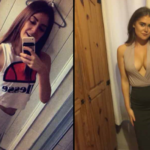