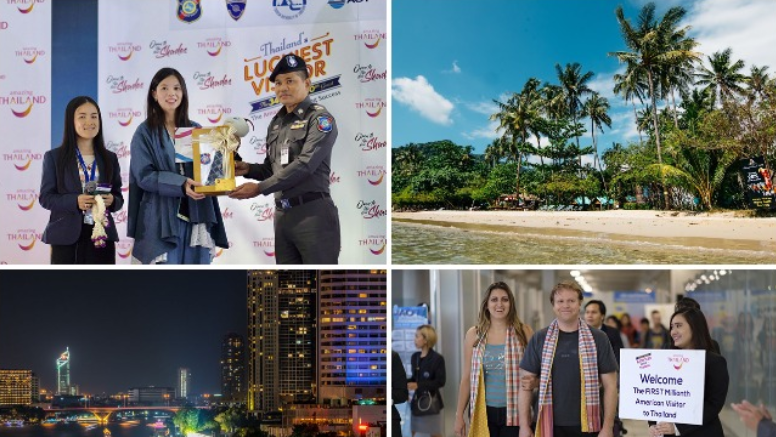 As of yesterday, one million Americans have visited Thailand in 2017, which is a new record number for one year. On the same day, Thailand also welcomed it’s 34 millionth visitor for the year.

This makes sense considering how happy Americans are in Thailand.

Nathaniel Alexander Way, a pharmaceutical scientist from Santa Barbara, California, was the lucky one millionth American arrival as he stepped into Bangkok this morning from Taiwan.

According to the Tourism Authority of Thailand, or the TAT, he is on his honeymoon, but his bride was not the lucky millionth entrant. No word if she was the 9,999,999th arrival or the 1,000,001st.

Tanes Petsuwan, a TAT Deputy Marketing Governor, said, “The welcoming of the one millionth American tourist for 2017, a first ever for Thailand, marks a step forward for the Thai tourism industry in expanding the American market and, in addition, the offering of endless Thai local experiences.”

The TAT has long been promoting Thailand in the States as an exotic, luxury destination  for honeymooners and others with bigger budgets. Though Thailand is considered an inexpensive vacation for those in Asia, or even in Europe, flights from the far-flung USA make it more of a luxury destination for those with the budget and the time for the long flights, often as long as 20 hours.

Activities popular with Americans include visiting beaches, taking tours, cooking classes, and adventure activities. Also important to developing Thailand as a destination for Americans has been the filming of TV series such as The Bachelor in 2013 and The Bachelorette in 2011, which let Americans get a look at the country’s beauty.

The arrival of the 34 millionth visitor is also an important milestone for 2017 and means that tourism arrivals exceeded the goal for the year. Tourists have already spent THB1.81 trillion (US$50 billion) in the country this year.

Vacationer Wang also arrived in Bangkok this morning to the lucky news that she won two economy-class return tickets from her home city, Taipei, to Thailand, a voucher for five nights’ accommodation in Thailand, and a signed certificate from the TAT. 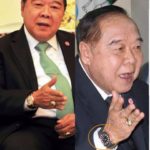