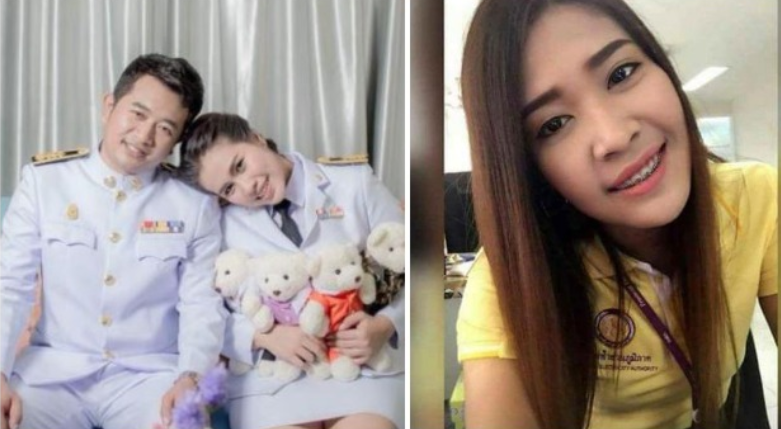 The secret girlfriend of the government electrician in southern Chumphon province that allegedly murdered his fiancée less than a week before their wedding has also been charged for murder.

Lover Nareumol Chuaysombat, 23, was a temporary employee in the same office as suspected murderer Ronnachai Panchart, 26, who has admitted to fatally shooting fiancée, Nontiya Krowjatturat, 25, in her room early Tuesday, reported Bangkok Post.

Nareumol has now been charged with conspiracy to commit murder, illegally owning a gun, and carrying a weapon without a permit. Charges were pressed after police learned that the younger woman accompanied her lover to buy a shotgun and also waited outside the compound and drove the car used to transport Ronnachai after he allegedly murdered his bride-to-be.

She also allegedly took her secret lover to dump his clothes and the gun into a canal in Tha Sae district.

Government dental official Nontiya’s body was found by her colleagues in her room after she did not show up to work on Wednesday. She was scheduled to be married on Sunday.

After police learned that Ronnachai had a lover, they summoned her for interrogation. The young woman allegedly told police that though she did drive him to Nontiya’s residence and he had told her his plan to kill his fiancée, she did not think she had committed a crime since she had allegedly told him not to.

In reference to driving the getaway car, she said the her lover said he was just going to talk to Nontiya to call off the wedding and also that she was just doing what he told her to by taking him to dump the clothes and gun.

Today, police divers searched the canal and believe they found the gun used in the crime. If it is the right gun, officers believe they will have the case closed soon.

Nontiya’s family says that they want justice and blame the young lover. They also claim that the dowry money and gold for the wedding day, provided by them, is all missing since the murder. 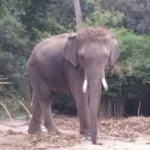 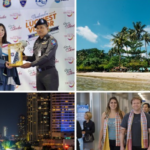