Ranong policeman: A border patrol policeman shot himself to death early on Wednesday morning, leaving a video and two letters that said he was sorry for being suspected of involvement in a fatal bomb attack.

Senior Sgt Maj Methee Chaiyachim, from the Ranong-based 415th Border Patrol, shot himself with his 11mm pistol at his home in Tambon Khao Niwet in Muang district.

His son heard the gunshot and found his father, who died at Ranong Hospital.

Methee said he was sorry to be linked to the bomb trap that killed a ranger inside the 415th’s compound on October 5.

A grenade was attached to the ranger’s car and it exploded when he drove away.

Methee said in the suicide notes that he did not want his service record to be tainted so he decided to end his life.

The October 5 explosion is still under investigation with no suspect arrested.

Investigators said they did not interrogate Methee alone but questioned several border police at the base with no specific focus on suspects. 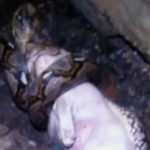