Insurgents are believed to have shot dead a ranger on Saturday morning while he crossed the road from his post to turn off an electric lamp at a sheltered bus stop in restive Pattani.

Police said Ranger Phumsak Yenthua, 23 was shot by an AK47 assault rifle at the bus stop in Ban Rawor village in Tambon Don in Panare district at 7am.

The roofed bus stop is opposite the post of 4204th Ranger Company. The company normally turns on the light at night and back off in the morning.

Police said it was not known how many insurgents took part in the ambush. They were believed to have fled into the forest behind the village after the shooting.

Several spent shells from an AK47 were found in the forest about 50 metres from the bus stop. 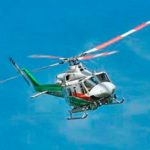