Around 9 million methamphetamine pills and 300kg of crystal meth or “ice” had been confiscated in Chiang Mai province shortly after the arrest of a fugitive on Monday, the police claimed.

Officers apprehended five other suspects in Ayutthaya on Thursday who were to collect the smuggled drugs, the Office of the Narcotics Control Board (ONCB) secretary-general Sirinya Sidthichai told a press conference on Friday. 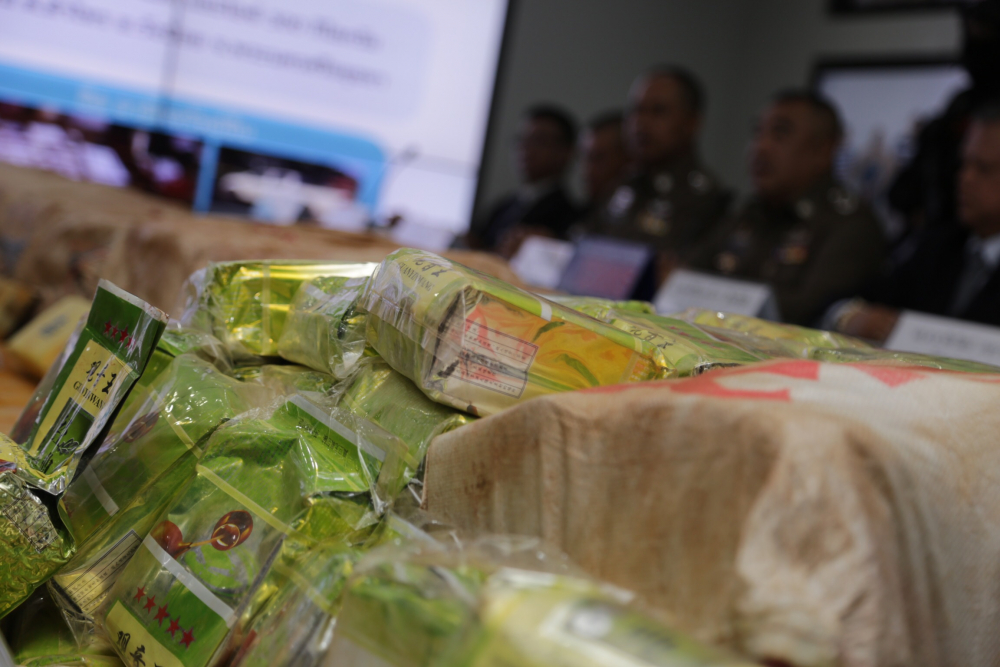 Sirinya said that this major bust started when the ONCB Region 5 and police arrested the 43-year-old hill tribesman Panatkit Soponphumpanya. He said the man was wanted for a drugs crime in December 2010 with a Chon Buri arrest warrant. He was arrested in Chiang Mai’s Mae Taeng district on Monday along with assets worth Bt10 million, Sirinya said. 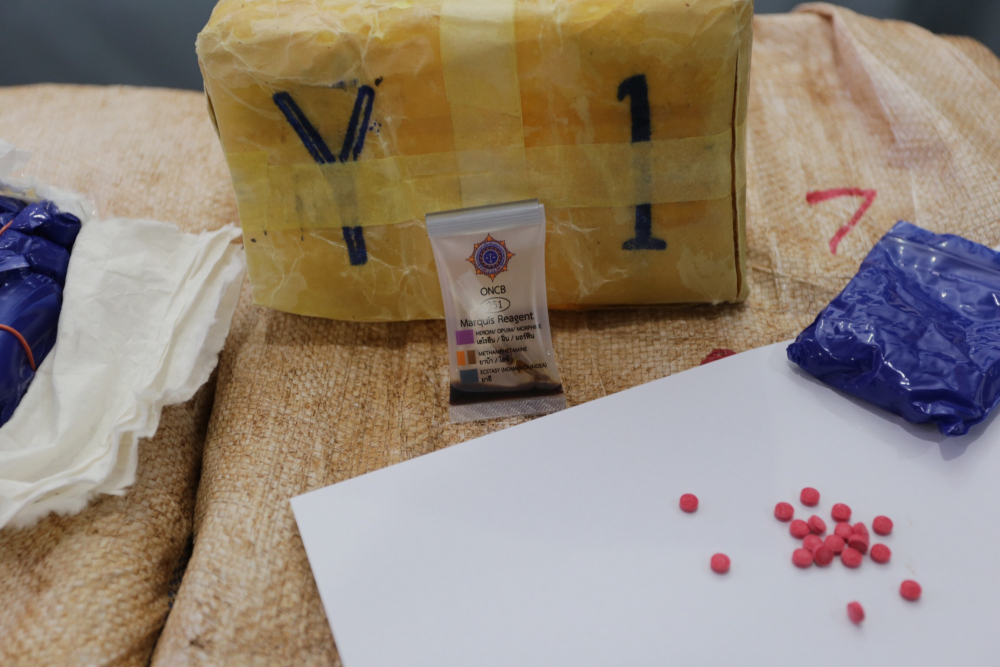 The investigation then purportedly found that Panatkit was in the middle of a drug deal in which a supplier in neighbouring Myanmar hid a large batch of Golden Triangle “wine1” meth pills and “ice” along the border in Chiang Mai’s Chiang Dao district for him to transport to Ayutthaya.

He said officers confiscated the drugs in Chiang Dao and arrested the five suspects in Ayutthaya, identified as Parinya Songsopam 24, Atthapol Leupaya, 20, Ekkapol Panchanmaen, 31, Sumalee Sriburin, 33 and a male suspect aged 17, who were waiting to collect the drugs, Sirinya said.

ONCB and police would continue to probe the case to arrest the rest of the suspects, he said.

Sirinya said the authorities would also monitor the moving of sodium cyanide, which can be synthesised into the narcotic substrate called phenyl-2-propanone for the making of meth.

The ONCB chief said Burmese factories had legally ordered sodium cyanide from a third country but there were suspicions that the product was being transported via Thailand instead.