Two Thai men were sentenced to heavy 16-year jail terms in Indonesia on Wednesday after swallowing a kilogram (2.2 pounds) of methamphetamine in a foiled drug smuggling bid.

A district court in Bali handed down the sentence, which was less than the 18-year terms that prosecutors demanded for Prakob Seetasang, 30, and Adison Phonlamat, 20.

The pair were arrested on the Indonesian holiday island earlier this year after arriving on a flight from Bangkok.

They declined to launch an appeal against their sentence after they were found guilty Wednesday.

“After discussions, we as the representatives of the defendants have decided to accept the verdict,” lawyer Aji Sibalan told a panel of judges.

The Thai nationals would also have to pay a fine of 2.0 billion rupiah ($142,000) each or spend an extra year in jail, said presiding judge Heriyanti, who goes by one name.

In February, Balinese authorities arrested a Tanzanian man who had allegedly swallowed a kilogram of methamphetamine in a foiled smuggling attempt.

Muslim-majority Indonesia has some of the world’s toughest drug laws including the death penalty for traffickers.

In 2015, Australians Andrew Chan and Myuran Sukumaran — the accused ringleaders of the so-called Bali Nine heroin gang — were executed by firing squad.

There are dozens of smugglers on death row in Indonesia, including a cocaine-trafficking British grandmother, an American caught with crystal methamphetamine, and several west African inmates.

A French drug smuggler who briefly faced execution on drug charges saw his sentence commuted in August to 19 years. 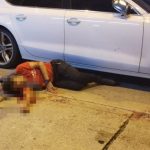 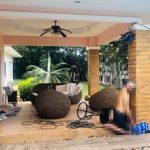