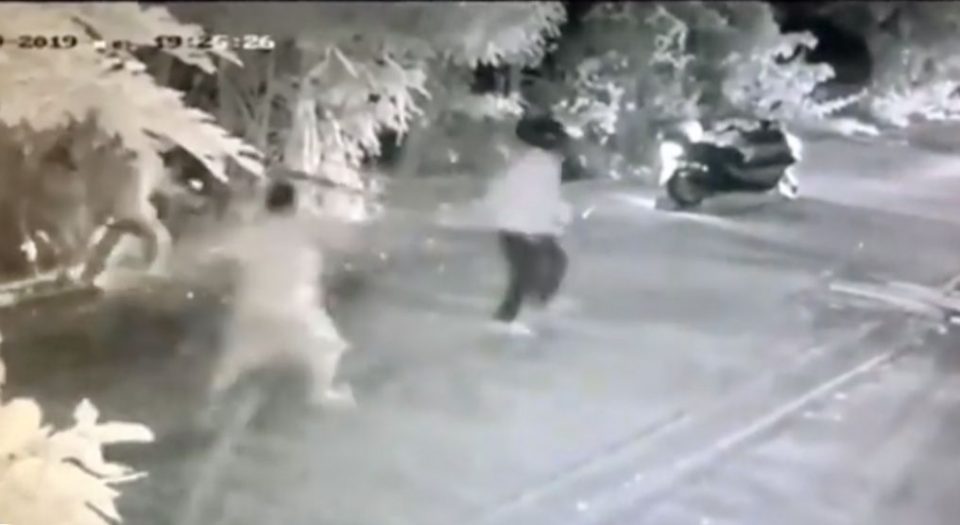 Samut Prakan police responded to a confrontation between rival gangs on Thursday night and sent five injured youths to hospital, only for the attacking group to assault them again in the hospital parking lot.

One group of four young men, wielding a knife and wooden clubs, hurled a ping-pong bomb at their rivals in the Koh Bang Chalong community in Bang Phli district.

Police were called at 8pm and were told on arrival that five members of the second group had been injured by the bomb.
They were taken to Central Park Hospital, but their assailants followed on motorcycles and tossed another ping-pong bomb towards them in the hospital parking lot.

Yodying Champeung, 68, was also injured when he intervened in the initial attack, which involved his grandson and took place just outside his home. Yodying seized the attacker’s knife and sent them fleeing.

One of the injured youths said his group had had a dispute with the assailants four days earlier, resulting in one injury on his side. He filed a police complaint, prompting their rivals to retaliate on Thursday