A leading private hospital in Bangkok admitted on Friday that one of its cancer patients was inadvertently infected with HIV during a blood transfusion.

The revelation came after the patient told the media he contracted the virus after paying 7 million baht for chemotherapy at Bumrungrad Hospital. In a statement issued to the media, the prestigious hospital confirmed the error and offered a public apology.

“The hospital deeply regrets what happened to the patient,” part of the statement said.

The hospital, which is consistently ranked among Thailand’s best and most expensive, said the blood it acquired from the Red Cross contained the virus, which could not be detected at the time of donation.

“In cases where donors were recently infected, it is impossible to screen for the virus, because it would not be sufficiently present to be detected,” the statement said. “But the chances of such a scenario are very rare.”

A statement by the Red Cross in 2017 said HIV can only be detected about one to two weeks after infection.

The case first came to widespread attention when the patient, Takeru Noppasin Jin, 24, identified himself to the media as a leukemia patient who contracted HIV during his treatment at Bumrungrad.

In interviews with the media, the half-Japanese man said he started chemotherapy in 2004 at the age of 9. The hospital told him he needed 14 doses of treatment, which he dutifully followed and paid for, until a blood transfusion during the 12th visit left him with tuberculosis and other bouts of illness.

Physicians later informed him that he was infected with HIV, said Takeru. A doctor told him that the donor was an unnamed policeman who died some years ago.

Takeru’s family said that initially they mulled over legal action against Bamrungrad but dropped the effort when the hospital promised free medical assistance for Takeru’s HIV.

Bamrungrad disputed the allegations, saying that it will continue to assist Takeru.

“We have been taking responsibility for the treatment and other side effects caused by the infection … which amounted to millions of baht in costs,” the statement said. “The hospital would like to confirm that we will continue to provide the best care possible to this patient.” 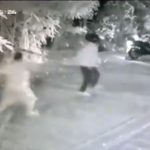