Thaiger Radio Station: An embroidery shop sustained damages worth several hundred thousand baht as its second floor was engulfed in a blaze on Monday afternoon.

The Thaiger 102.75FM was forced to go off air until 11am on Tuesday as a precaution because its transmitter and tower were on the same building. 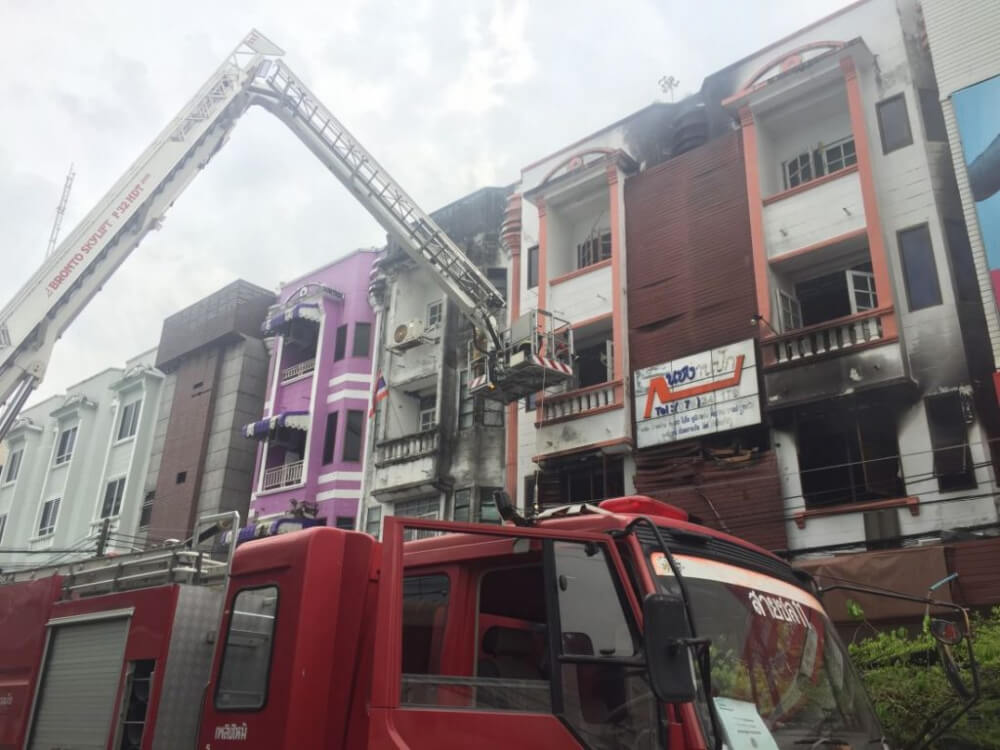 It took about 15 minutes to get the blaze under control, though many rooms inside were damaged. However, no injuries or deaths were reported. 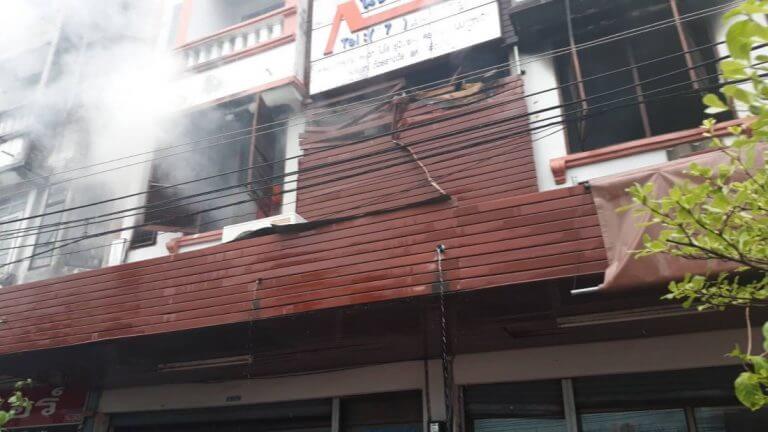 The owner of the shop told police that members of his staff were working on the first floor, and the loud sound of the machinery drowned out sounds of the blaze. They did not know that the second floor was on fire until neighbours ran in to tell them. All staff members immediately ran to safety, he said. 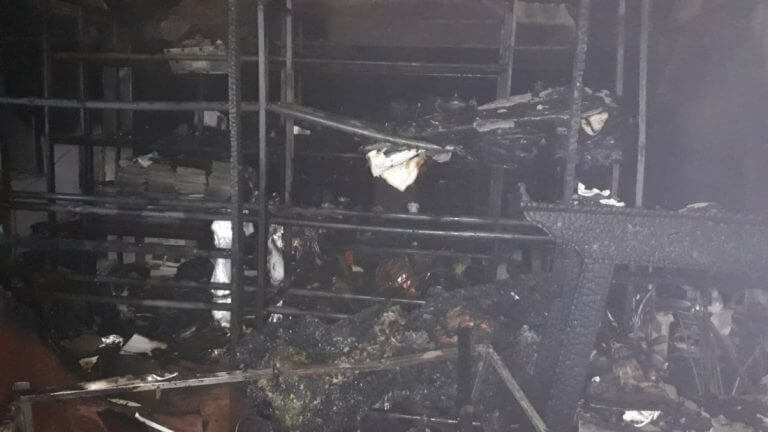 Police have launched an investigation to find the cause of the fire.