Investigators undertook a detailed inspection on Monday of the Suk Niran Moo 1 Cemetery in Rayong province from where at least 10 foetus corpses were stolen last week, and found a clay pot wrapped in holy thread that is suspected to have been used in a spirit ritual, a police source said.

Police are checking details of the concrete-covered mass tombs, which comprised dozens of smaller compartments to place foetus corpses to compare with the caretaker Buddhathamsongkhro Foundation’s record of foetus corpses buried there. They found that many of the once-occupied compartments were empty and a clay pot wrapped in holy thread was placed inside one such compartment. 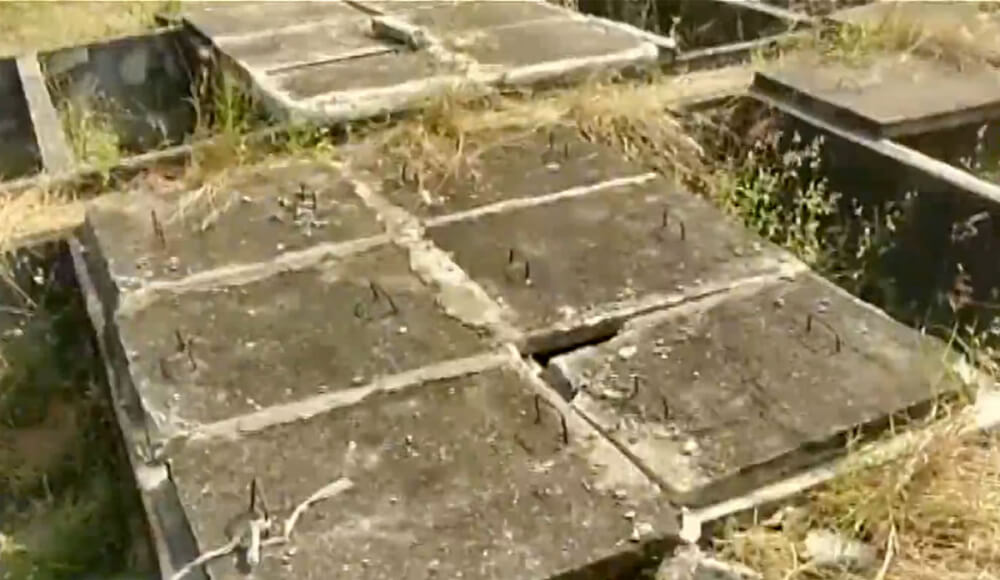 Police also plan to seek permission from the foundation to open more graves containing foetus corpses to check how many of them had gone missing.

They are checking all CCTV cameras along the route to look for the black pickup truck of the suspects. Inspector Pol Major Suphot Suansorn interviewed a foundation representative as the damaged person in this case as well as three other witnesses from a nearby community.

One unnamed resident told police that he had heard people chanting something that sounded like prayers at night and also saw some 10 round lights, which he suspected came from head lamps attached to the praying people. When he tried to find out what was happening, the mysterious group fled into the forest. He said the group, which he believed wasn’t Thai, may have been trying to perform a ritual to appease spirits as they had taken the foetus corpses away for possibly making amulets or black magic.